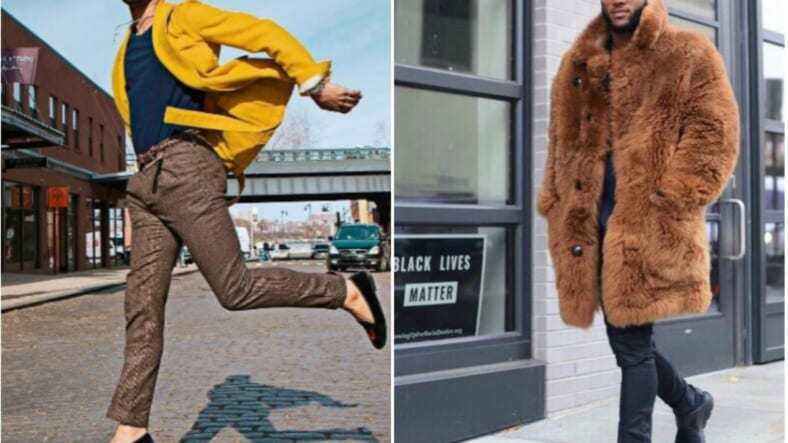 Tyrone Hankerson Jr. clearly believe that if you can’t beat em’ then blame your momma!

Hankerson has been making the media rounds speaking out about being at the center of a Howard University Financial aid scandal where he’s blamed for stealing $429,000 in funds. But the law school student, who is reportedly scheduled to graduate May 12, was seen on social media flaunting furs, designer handbags and jet-setting to exotic destinations. But he claims it’s all lies and he hasn’t stolen a dime. He said his momma just taught him how to ball on a budget.

“Me and my mom believe in balling on a budget,” Hankerson tells PEOPLE.

He pulled his momma into this mess? A possible accomplice to his lifestyle?

“Anything I received I have not paid full price for. It was bought at a discounted cost.

“I saved money so that I could buy the things I like because I’m into lifestyle and fashion. I had a blog and a social media presence where I was pushing that individual brand.”

So he was faking a glamorous lifestyle for the ‘gram? Oh, ok…

Hankerson called in the help of Washington DC attorney James Walker to set the record straight.

Hankerson said since the Medium story (now deleted) was published, accusing six school employees of stealing more than $1 million earmarked for financial aid, his life has been hell. Social media has mocked him by circulating pictures of him living lavishly, wearing furs, basking on beaches and traveling overseas.

“He’s clearly innocent. He didn’t do anything illegal,” Walker says of his client. “It’s not what it looks like … he has fine taste.”

Hankerson said that he’s trying to keep his head up but worries about the backlash since he’s still a Howard University student.

“It’s been an extremely difficult time as you can imagine,” he said. “I am trying to remain optimistic about this situation although it has been a challenge, particularly about going to class worrying about safety and welfare concerns.”