The first official trailer for the comedy flick has arrived. 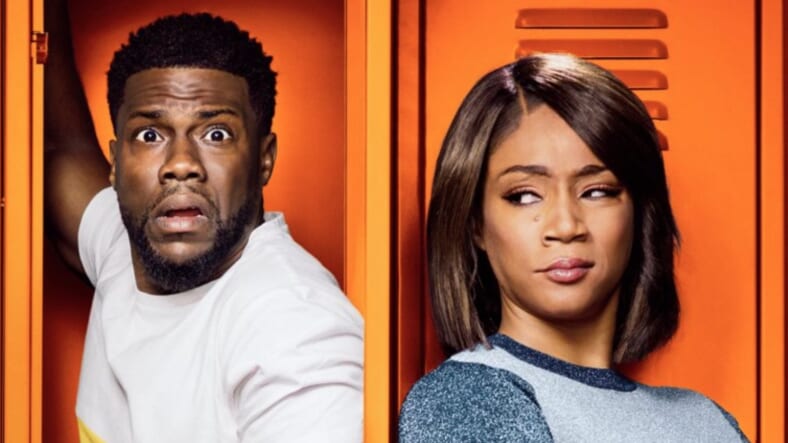 The first official trailer for Night School is finally here, and September can’t come fast enough for us.

The film is based on a story written by its star, Kevin Hart, who will team up with longtime friend and Hollywood “It” girl Tiffany Haddish for the film based on a band of misfits who enroll in adult education classes in hopes of getting their GEDs.

Kevin’s character needs to earn his diploma to get his life back on track and climb the corporate ladder. Haddish plays his wise-cracking teacher, so expect lots of laughs.

Fans can expect to see some movie magic thanks to director, Malcom D. Lee and producer, Will Packer, who brought us the funniest movie of 2017, Girl’s Trip.

Night School isn’t the only project Haddish has in the pipeline. She’s set to star in Will Packer’s other upcoming flick, The Temp.

Tiff will also be bringing her talents to the small screen alongside Tracy Morgan on TBS’ 2018 project, The Last OG, premiering tonight on TBS.

Aside from her long list of roles, Tiffany’s autobiography, The Last Black Unicorn, earned her a spot on the New York Times best-seller list.