Black men arrested at Starbucks agree to meet with CEO 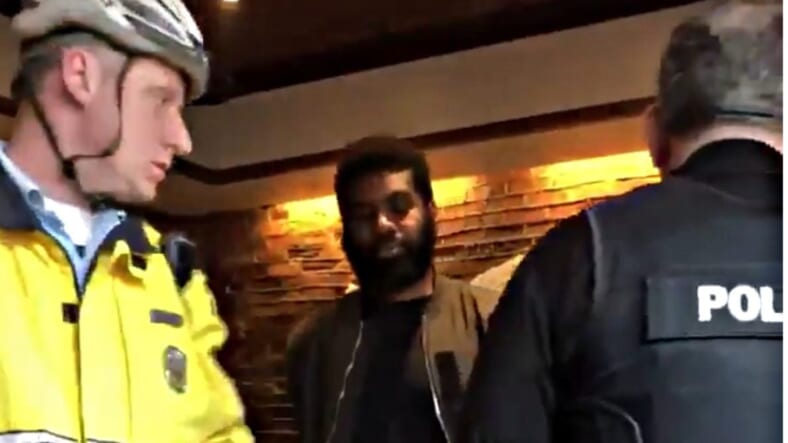 According to social media accounts, the two men were waiting in the Starbucks for a friend when a barista called the cops.

Alan Yaffe, a white man, enters the frame and questions why the police are standing over the men. One officer says they are “trespassing,” and adds they had been asked to leave.

The fiery backlash on social media was swift with people calling for the popular coffee chain to address this incident using the hashtag #boycottstarbucks and demands that the Starbucks manager who called the police be fired immediately.

According to Philly.com, the manager in question has left the company in what a company spokeswoman called a “mutual” decision.

Johnson appeared on Good Morning America today and did not mince words about what happened.

“First of all, I’ll say the circumstances surrounding the incident and outcome in our store on Thursday were reprehensible and wrong, and for that I personally apologize to the two gentleman who visited our store,” he told anchor Robin Roberts.

He said that different regions where Starbucks stores operate implement different guidelines for when to call police, and that’s part of what led to this case. He maintained that it was still “completely inappropriate” to get police involved.

“If there were threats or a disturbance, those might be appropriate times. In this case, none of that occurred. It was completely inappropriate to engage police,” he said. “What happened to those two gentleman was wrong.”

Johnson also has said that he’d like to meet with the two young men who were arrested at Starbucks and apologize.

According to CNN, the timing of the meeting has not been set, according to a Starbucks spokesperson. The company said it hopes the meeting will occur this week while Johnson is in Philadelphia.