Donald Glover to host ‘SNL’ and perform as Childish Gambino 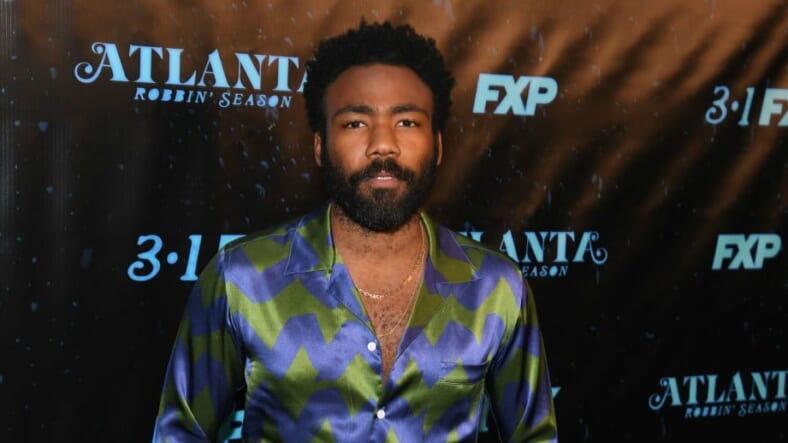 Donald Glover is about to make SNL history.

The Emmy-winning Atlanta creator and star will host Saturday Night Live on May 5 and serve as the show’s musical guest as his alter ego, Childish Gambino.

The news is especially exciting considering Glover recently stated that he’s retiring his Childish Gambino alter ego. “I like endings. I think they’re important to progress,” the 34-year-old star told reporters at a post-Grammys press conference. “I think endings are good, because they force things to get better.”

We’re guessing that the head honchos at SNL were more than pleased with ratings from their recent Chadwick Boseman-hosted episode since they’re taking on another week with a black star at the helm.

Attention Donald Glover fans… you don’t want to miss this one. @childishgambino #SNL

We can’t wait to see what thought-provoking points Donald Glover will attempt to make to the masses during his hosting stint, but if his award-winning series, Atlanta, is any indication, fans are in for a treat. It’s also a bit of a revenge booking against SNL alum, Chevy Chase, who reportedly used the n-word on set of their show, Community, and attributed Glover’s success to his skin color instead of his talent.

Glover never fired back at Chase during his time on the show, but he did make mention of it during an interview with The New Yorker. “I just saw Chevy as fighting time—a true artist has to be O.K. with his reign being over. I can’t help him if he’s thrashing in the water.”

Glover is staying busy these days even though he scrapped plans to head up Netflix’s previously announced Deadpool animated series. He’s set to star as Lando Calrissian in the upcoming film, Solo: A Star Wars Story.

He is also gearing up to play Simba in the upcoming Lion King live-action film alongside other superstars like Beyonce, James Earl Jones, Chiwetel Ejiofor, Keegan Michael-Key, Alfre Woodard, and John Kani among others.