Is Drake making amends to Black women with his new video ‘Nice for What’?

From the "King of the Douchebags" to feminist ally, has Drizzy come full circle? 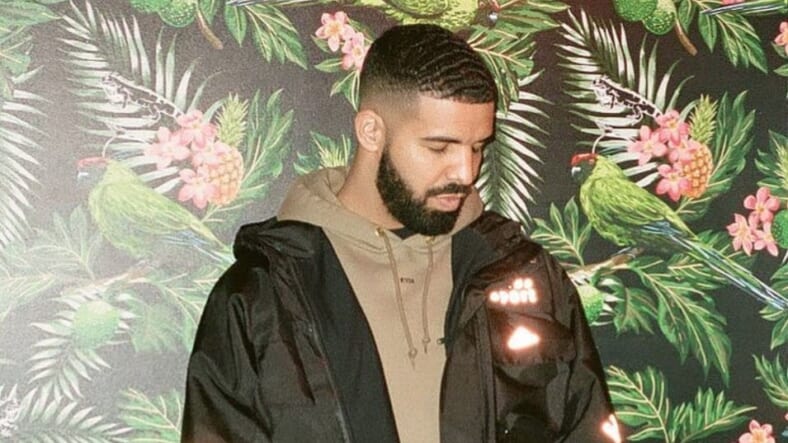 Unpopular opinion: Drake used to be “The King of the Douchebags” (douchebag standing in for a more accurate word that rhymes with Duckboy).

Before all the Drizzy stans start sending me hate-mail, please hear me out.

I actually love Drake and for a while, even fell for his, “Look at me! I’m so introspective and emotional, come let me rub on your booty girl” shenanigans.

He seemed like the best of both worlds, a man who could listen to your problems and make you feel beautiful – while also giving you a naughty wink that made you feel like a woman.

When he lamented, “No new friends!” and cried about how much “Fake love” he was subjected to I nodded in agreement and felt like he’d been scrolling through the screenshots in my phone.

Every word out this man’s mouth felt like an inspirational quote from Instagram, just waiting to be immortalized in typewriter font on somebody’s meme. Which easily made Drake #BaeGoals for much of 2016.

That is … until I leaned in closer and realized the receipts weren’t adding up.

If you really listen to some of his old albums – beyond the songs clearly meant to appeal to affection-deprived millennials and then look at his personal dating history, you suddenly realize that the old Drake was actually indeed a douchebag.

And a clever one at that.

He would charm the tennis rackets off of really successful, unstoppable women (shout out to Serena Williams), make grandiose public declarations about his school boy crush on the baddest girl on the block – leading us to ask “will they or won’t they” whenever he and Rihanna were in the same five mile radius. But, then in the next breath, he would be spotted out with a stripper who later alleged she was pregnant with his baby.

All while openly flirting with Nicki Minaj (and every exotic dancer from Florida to Toronto) in his ballads.

All these examples are true and searchable on Google, which is what ultimately made me realize that Aubrey was the the worst kind of “duckboy” around – the one who convinced you he wasn’t like all the other guys, while simultaneously acting exactly like them.

By the end of 2016 I found myself disenchanted with “The Champagne Papi” as he likes to call himself and in search of a new bae prototype.

Then towards the end of last year something unexpected happen – could it be that Drake is growing up?

The question mark is placed there because the jury is still out.

Regardless of what has transpired in Drizzy’s personal life to inspire this shift, when the video for his song God’s Plan came out, it was obvious to diehard fans that the Toronto native had decided to pivot away from his bachelor antics and focus more on altruistic pursuits.

Nowhere is this evolution more clear than when he loudly declares, “I only love my bed and my momma – I’m sorry!” as if he’s coming clean to all the women he lead astray and putting himself on a time-out.

This past weekend, Drake further cemented his “new and improved” status by dropping the decidedly pro-woman visual for his latest single, Nice for What.

These women are all certified badasses.

They are also the kind of women who would have pulled old Drake aside and called him out on his stuff years ago.

While the sincerity of his new approach still remains to be seen, one could argue that in an age of #MeToo – the rapper gets it and understands that instead of convincing women you think they’re beautiful, its a lot more noble to get out of their way and let them speak – and shine – for themselves.

In this latest offering, at one point he even tells women to stop playing nice (“Nice for what?”) with men who waste their time, while Lauryn Hill’s voice croons her iconic hit Ex-factor in the background.

It’s a surprising moment steeped in both irony and self-awareness.

Once again Drake is doing what he does best – using his platform to reflect back to us the very things we say we want – all with a feel good vibe and a posse of female soldiers standing beside him.

It appears the (now former) “King of the Douchebags” is making amends to women – particularly Black women – by repositioning himself as a *feminist ally.

And I can’t believe I’m saying this but, I’m buying it.

According to the charts, you are too.

Writer’s Note: *When the term feminist is used in this article – or any of my pieces – I very specifically mean “Intersectional Feminism” – also known as womanism; where Black women’s voices and the intersectionalities of race, class and ethnicity are all included. The other kind of feminism still gets the side-eye.