First of all, I want my coffee. 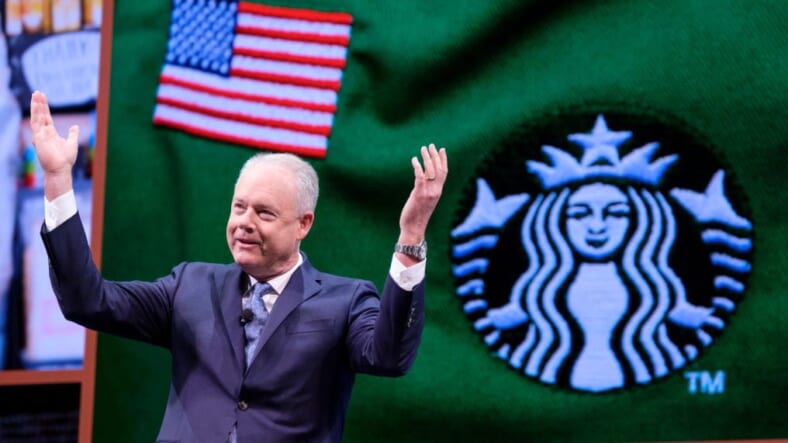 Starbucks has dominated the news this week thanks to the unbridled Caucasity that motivated a manager in a Philadelphia store to call the police on two Black men minding their own Black-ass business in the store. The call resulted in their (unnecessary) arrest.

Since the weekend, the multi-national purveyor of mediocre coffee beans has been treated as the provenance for everything bad–including racism, global warming, Donald Trump, incurable gonorrhea strains, and IRS malfunctions.

To the company’s credit, it’s jumped in front of every bullet fired at it. CEO Kevin Johnson has been on a tour of contrition all week, the offending manager has “resigned” (see: shitcanned) and the arrested men have met with Johnson for a Latte Summit.

Everything looked kosher until I found out that the chain is closing 8,000 company-owned stores late next month to put its 175,000 employees through “unconscious bias training.” Social media erupted with folks acting like Starbucks is making the “bold leap” that we all need to finally enter a post-racial America.

But my own bullshit meter went from zero to “It’s hot in herrrrre” in two seconds flat. Here are five reasons why Starbucks’ training makes my eyes fly to the back of my head. (Not one involves me needing to find somewhere else to write on May 29. I swear.)

1. It doesn’t get more corporate than this

Starbucks is one of the most ubiquitous and recognizable brands on terra firma, so I automatically assume that any reaction they have to a social issue is designed solely to clean up the problem. Their public relations specialists bill more per hour than Jesus and know precisely what’s needed to shut you darkies up and make you put away your #BLM protest signs. I’ll bet every dollar I have that Kevin Johnson isn’t awake at night wondering how to be a more “accepting” rich old white dude.

The Starbucks website reads that the training will contain “Curriculum to be designed by nationally recognized experts and will be available for other companies to use.” I mean, it could be a free curriculum, but it smells like they’re taking the opportunity to increase their already sizable bag by creating a Starbucks-branded training that other companies will have to shell out for. Because, you know, mega-companies somehow turning a profit from Black pain is not at all absurd.

3. The shutdown “loss” will be insignificant

Some folks are lauding Starbucks for their willingness to take a financial loss from the shutdown and training. These folks need smelling salts. For one, the shutdown is in the afternoon, because they’re not about to mess with the morning rush when they make the bulk of their money. Also, the shutdown is expected to cost the company just shy of $17 million, which is the equivalent of what you find in the gas station “leave a penny, take a penny tray” for a company that recently posted record profits and continues global growth. The only real victim is you, now that you have to resort to Dunkin’ Donuts coffee for one afternoon.

I picture a bunch of baristas bursting out of the training holding hands and singing about togetherness like the “Aquarius” sequence from The 40-Year-Old Virgin. Johnson says the training is just “one step in a journey that requires dedication from every level of our company and partnerships in our local communities,” but nothing remotely measurable can happen in one afternoon, and all the white baristas who’d cross the street at the sight of a Black man on the sidewalk will continue doing so after that training. Hell, you could spend an afternoon training me on how to enter vacation time in the system during new job orientation and I’m still gonna put in a help desk ticket when I actually need to do it.

Do we seriously think that Starbucks is going to pull off thousands of substantive racial bias trainings simultaneously on one day based on a curriculum that hasn’t been developed yet?

5. Can you actually train to eliminate unconscious bias?

Despite the fact that major companies sink god knows how much money into this training, it seems we can’t even agree on what unconscious bias is, let alone on how to mitigate its effects. I’ve yet to see any corporate program targeted at eradicating racism actually tackle the historical, cultural and systemic issues involved with racism in America. Because facing all that shit while on the clock would make all the white folks a tad too uncomfortable. Essentially, racial bias training is the equivalent of a (flesh-colored) Band Aid over a gushing decapitation.
But who knows? Maybe Starbucks has this thing all figured out and America’s gonna be great again after May 29. First step, racism. Next step, figuring out how to not make their coffee taste like burnt coal.