Trump admin says it contacted James Shaw, but the phone never rang on his end

Despite noting that the White House had reached out to the Waffle House shooting hero, he say he hasn't heard anything from the administration 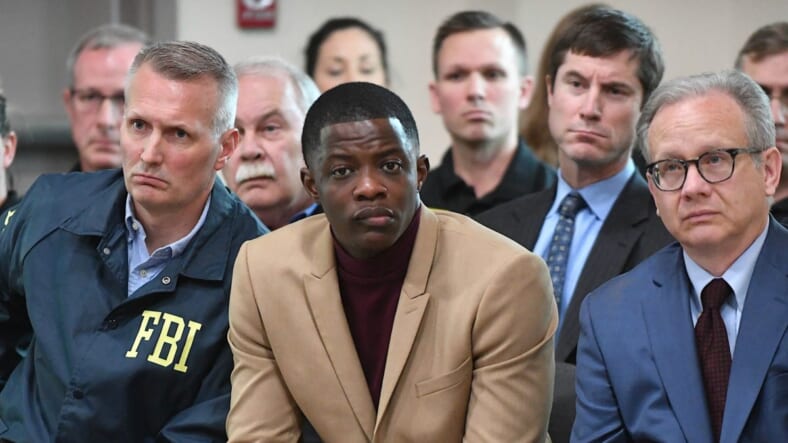 Press Secretary Sarah Huckabee Sanders maintains that the White House did try to reach out to Shaw after the April 22 deadly shooting where four people died, the Atlanta Black Star reports.

“My understanding is that there has been an outreach effort to bring him here,” Huckabee Sanders said at a White House press briefing on Tuesday.

But Journalist Yashar Ali said he reached out to Shaw, who says the White House hasn’t called.

Still Shaw is being shown appreciation nationwide and this week appeared on The Ellen DeGeneres Show and got to meet one of his favorite NBA players — Miami’s Dwyane Wade.

Shaw also received a $225,000 GoFundMe check from Ellen which included money that was collected on the site for him, plus an additional $20,000 from Shutterfly. And Wade contributed yet another $20,000 for the single dad.

“I know you don’t want to be called a hero, but I look at you as an American hero,” the NBA player told Shaw.

“When I sit down with my kids and I sit down and talk to them about role models and who I want them to look up to, I tell them to go look up James Shaw Jr.,” Wade said.

Shaw was moved by Dwyane Wade’s kind words and overwhelmed by all the love he’s received since taking matters into his own hands and grabbing a gun from a shooter at a Tennessee Waffle House. Many say Shaw’s heroism saved lives, but he’s too humble to admit that.