Yet another incident of unwarranted bias negatively impacting innocent individuals 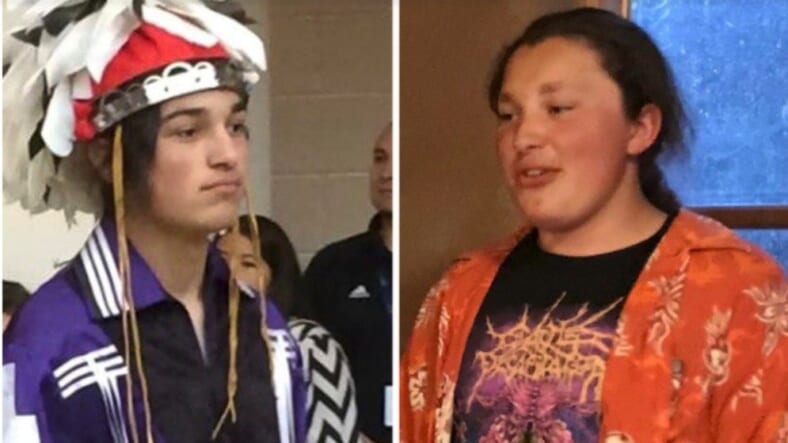 Two Native American brothers, excited about attending a Colorado State University tour, had the cops called on them by a white woman who said their very presence made her nervous, CNN reports.

The men who dreamed of one day attending the college had their bubbles burst and their feelings hurt when they were racially profiled, faced police, pulled from the tour and questioned without cause.

READ MORE: Amazon Plans To Use 3-D Body Scanners On You

The brothers had saved money and drive seven hours from New Mexico to Fort Collins, Colorado, for their visit their mother said.

“This was their dream school, and I wanted to give them that opportunity,” the mother, Lorraine Kahneratokwas Gray, said.

They got to the tour early and were eager to get started, but the tour had already commenced. They joined along anyway — but it upset a white parent.

“A parent participating in the tour called campus police because she was nervous about the presence of two young men who joined the tour while it was in progress,’” the school said.

Officers found the two boys, pulled them from the tour and questioned them. By the time they figured out that they belonged, the tour group had moved on.

“This incident is sad and frustrating from nearly every angle, particularly the experience of two students who were here to see if this was a good fit for them as an institution,” school officials said.

Colorado state officials said they will implement measures to prevent this from happening again.

“As a university community, we deeply regret the experience of these students while they were guests on our campus,” they said. “The fact that these two students felt unwelcome on our campus while here as visitors runs counter to our principles of community.”

“We want to reiterate our commitment to ensuring our public universities are open and welcoming to all students and hope that the young men will not be deterred in their pursuit of attending college in Colorado, a traditional homeland to many tribal nations,” Lynne said.