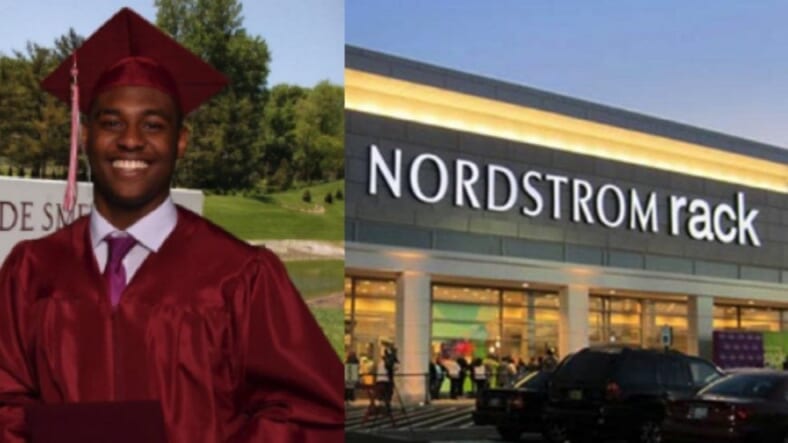 Three black teens looking for some dapper threads to wear to prom chose to go to Nordstrom Rack in St. Louis. But instead of leaving with new suits and accessories, they were racially profiled.

“I was nervous the whole time,” Lee recalled. “Every time we move, they move. When we looked up, they looked up.”

—‘It had nothing to do with being Black’: Airbnb owner defends neighbor who called the police on Black guests—

Feeling uneasy about the situation, the teens decided to leave the store by were immediately surrounded and confronted by Brentwood Police in the parking lot.

CBS News reports  that police then informed the teens they were called to the scene because the store accused them of stealing. The police investigated and found the claims to be false and released them without charges.

The store is now trying to do damage control as the Nordstrom Rack President Geevy Thomas is reportedly preparing to fly into St. Louis and personally apologize to the teens for their humiliating treatment.

“We did not handle this situation well and we apologized to these young men and their families. We want all customers to feel welcome when they shop with us and we do not tolerate discrimination of any kind.”

One teen praised the police for their compassionate approach.

“The police were actually good. They understood where we were coming from and they showed us that they were just doing their job,” said Rogers.

The teens said what was also unsettling about the encounter at the store is that a customer targeted them and called them punks and accused them of stealing too, saying:

“Are your parents proud of you for what you do?”

A verbal exchange ensued after the offensive comment and the teenagers said that’s when store management stepped in.

“I knew it was coming, but at the same time, I was feeling embarrassed, agitated, mixed emotions with the whole situation because I know we didn’t deserve it,” said Taylor.

The teens said they did make a purchase just to prove that they weren’t thieves.

“We made the purchase to show them that we’re equal and we didn’t have to steal anything,” said Rogers.

The St. Louis NAACP says it will have a conversation with Thomas about how employees can better handle situations like this.