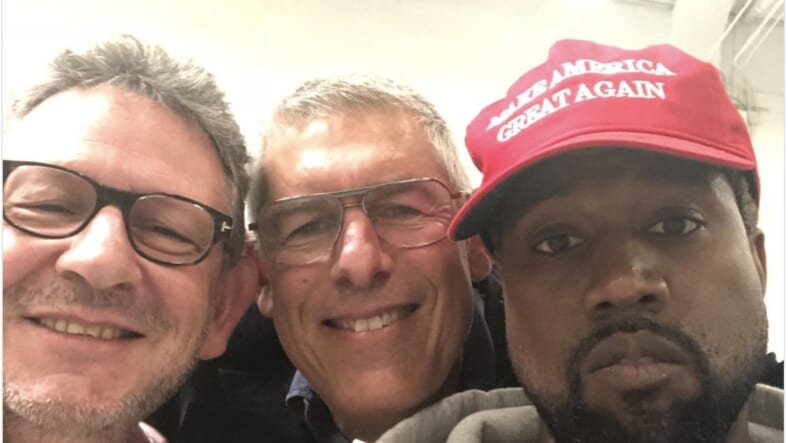 Sarah Palin is the latest right-wing Kanye West ally who’s praising the rapper after his journey to the sunken place and pro-Trump support, reports the Daily Mail.

“I think there is nothing more attractive than to find out that a talent, a strong talent, has this pronouncement that they are an independent thinker,” Palin said at a fundraiser for the MAGA Coalition super PAC on Thursday.

“Regardless of where he goes with his mission now, the MAGA mission – Make America Great Again – I think we owe him some gratitude,” she told the crowd of 250 donors.

“We can show some gratitude for his boldness, kind of bucking the tide and doing what he thinks is right, and supporting our president,” the former Alaskan governor said.

West fiery comment started a national firestorm about his mental health and garnered the support of Donald Trump who he called his “brother.” But sources say West isn’t the least bit upset about all the backlash he’s received since his TMZ Live interview. In fact, he’s allegedly happy about all the attention he is receiving and has told people the show was “fire” because it got people thinking, which was his intention all along.

Well it got Palin’s attention (but let’s hope it doesn’t spark a Palin/West 2020 campaign.)

Palin also praised West saying he was “ditching groupthink, and he just wants to deal in facts.”

“And Kanye now is facing the wrath of fair-weather friends,” she said. “I’ve been there too.”

She continued: “I respect that he’s stood up and spoken out about something he truly believes in, and that is that the Make America Great Again agenda is right for such a time as this.”