T.I. on why he believes white cops arrested him in his own gated community 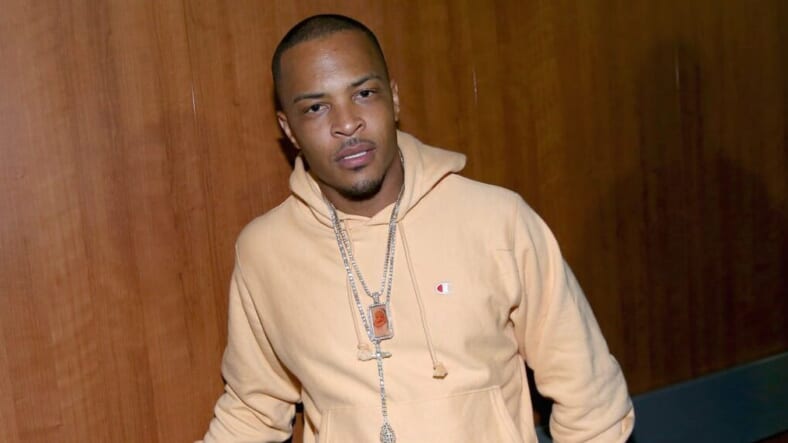 T.I. is speaking out after being arrested while trying to enter the gated community he lives in.

The rapper, actor, and activist is slamming the police officers who arrested him for public drunkenness, simple assault and disorderly conduct following an early morning altercation with a security guard (Euwan James) at the entrance of his gated community in Georgia.

Police arrest rapper T.I. for trying to get into his own gated community in Atlanta

The 37-year-old star spoke to TheBlast on Wednesday afternoon and said the main reason for his arrests boiled down to “white cops in a very white area.”

Henry County Police Deputy Chief Mike Ireland said T.I. was arrested around 4:30 a.m. Wednesday after he got into an argument with a security guard. Media reports say the rapper, whose real name is Clifford Harris, lost his key and the guard wouldn’t let him into the community.

Tip is planning to pursue legal action against his Homeowner’s Association for the fight he had with the security guard and insists the guard was the aggressor. He also asserts that he never laid a finger on the guard whom he accused of being asleep on the job so he clearly doesn’t agree with the assault charge. The rapper said he “may have been hurt by my words” during the “heated debate” but things never got physical.

T.I.’s attorney, Steve Shadow, issued the below statement on the rapper’s behalf on social media.

“Tip was wrongfully arrested early this morning when he attempted to gain entrance into his gated community – where his wife “Tiny” and his family reside. The guard was sound asleep when Tip arrived at the guardhouse. It took Tip some time to wake up the sleeping guard. Tip clearly identified himself and sought entry. The guard refused entry. Tip was in contact with “Tiny” by phone and “Tiny” confirmed that Tip should be let in immediately. The guard continued to refuse entry without justification. Words were exchanged and apparently the guard and/or a supervisor called the police. When the police arrived, they were not interested in hearing Tip’s side of the story and wrongfully chose to end the situation by arresting Tip.”

According to the police report, T.I. argued with the security guard when he discovered he was asleep on the job, was eventually let in, then drove home to park his car and walked back to get the security guard’s name. When things escalated, T.I. called his friend, Marquinarius Holmes, 40, who was arrested on outstanding charges from Clayton County and for not having proof of car insurance, the sheriff’s office told The Atlanta Journal-Constitution. The officer who arrived on the scene said he smelled “overwhelming” alcohol on the rapper’s breath.