THE FASHION CAFE: Black designers and influencers taking over the fashion world

Find out who's making major moves in the fashion world. 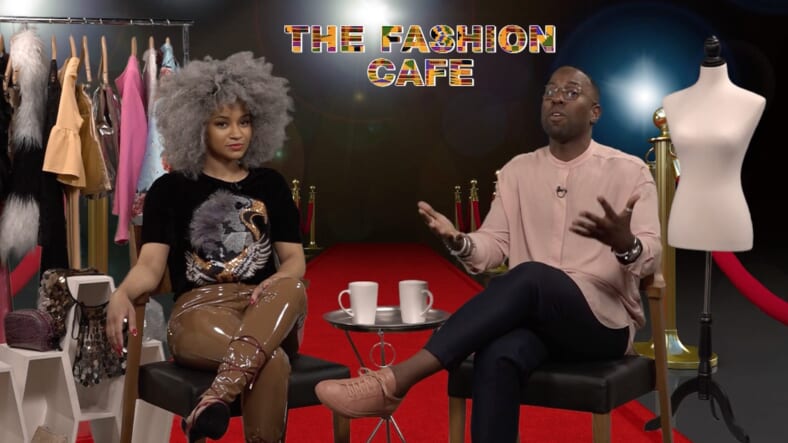 Johnny Wright and Ariana Soleil are back with another installment of The Fashion Cafe and this week our style gurus are discussing the Black designers and influencers who are making big moves in the fashion world.

Virgil Abloh recently made headlines when he was announced as Creative Director at Louis Vuitton. We all knew he was amazing from his Off- white line and past collaborations with Nike and Kanye West, but snagging such an important post at the venerable fashion house is an incredible achievement, especially for a black man.

The only other Black person to hold such a prestigious title is Olivier Rousteing at Balmain. With Father’s Day right around the corner, we’ve been pinching our pennies to snag the perfect gifts for the men in our lives.

While we’re on the subject of black folks killing it in the fashion industry, we wanted to highlight a few more faces who are doing big things as influencers in the style world.

You’ve probably seen Kahlana Barfield on social media. Her #OOTDs are everybody’s favorite destination for style inspiration. As InStyle Magazine’s Fashion and Beauty director at large, she’s setting the trends that celebrities and regular folks alike will look to all season long.

Nikki Ogunnaike is another style maven to keep your eyes on. Currently, she’s the Style Director at ELLE and is constantly helping us figure out what to wear for any occassion.

Check out the latest edition of The Fashion Cafe above.

“By his 12th birthday, Johnny Wright had a client base of 100 classmates. Today, Wright’s client roster consists of entertainment’s most stylish and influential celebrities including First Lady Michelle Obama, actress Nia Long and MSNBC’s Tamron Hall. Wright is passionate about encouraging stylists to realize what’s beyond the chair and show how far their hands can take them.” As The Artistic Style Director for SoftSheen-Carson, Wright has educated over 5000 hairstylists around the world.” – Modern Salon