Black astronaut speaks out about being removed from international space mission 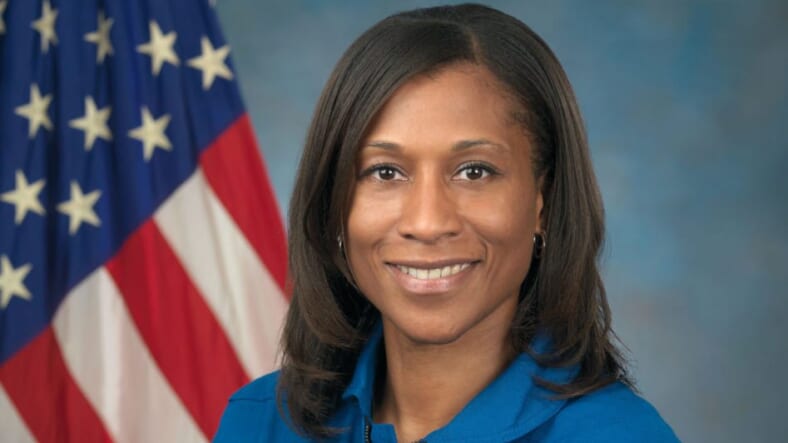 Dr. Jeanette Epps is finally speaking out for the first time about being removed from the next mission to the International Space Station, reports Space.com.

While the abrupt removal raised red flags, Epps said in an interview at the annual Tech Open Air festival last week, she still doesn’t know why it happened.

“I don’t know where the decision came from and how it was made, in detail or at what level,” Epps said.

Dr. Epps would have been the first black astronaut to step foot on the International Space Station. She was set to board a Russian Soyuz flight in June but will now be replaced by another astronaut.

No reason has been given for taking her off the crew, but NASA has said Dr. Epps will be considered for upcoming missions.

In a statement, NASA said Dr. Epps would “return to Nasa’s Johnson Space Center in Houston to assume duties in the Astronaut Office.”

Epps said she didn’t have any extenuating issues that would prevent her from launching on the mission and hope she gets reassigned soon so her work doesn’t go to waste.

“With all of the training I had done and completed in Houston, Russia, Germany, Japan—everything was completed.”

Epps said even the Russians tried to advocate for her.

“There were a lot of people who were really supportive — former astronauts and people like that — who reached out and were really helpful just talking to me, trying to figure out a way forward and what happened,” Epps said. “I was very happy that I found out that I had more friends than I thought.”

“I’ve been through the training with them, and I think I was able to develop really good working relationships with everyone there,” Epps said.

“I think some of the [Russian partners] may have known that NASA was thinking of doing this, but they were adamant that I had to complete all of the training, even down to, out in Baikonur, doing the leak check for the suit that was made for me and the seat liner that was made for me,” Epps said. “They wanted to check everything and check it inside the Soyuz, so they know, if and when I fly, that my suit fit was good and the seat liner that they made for me was a good fit, so that I would be comfortable in the right seat of the Soyuz.”