RIP to ‘lit’ thanks to Donald Trump Jr. and 5 other Black culture gems white folks have ruined 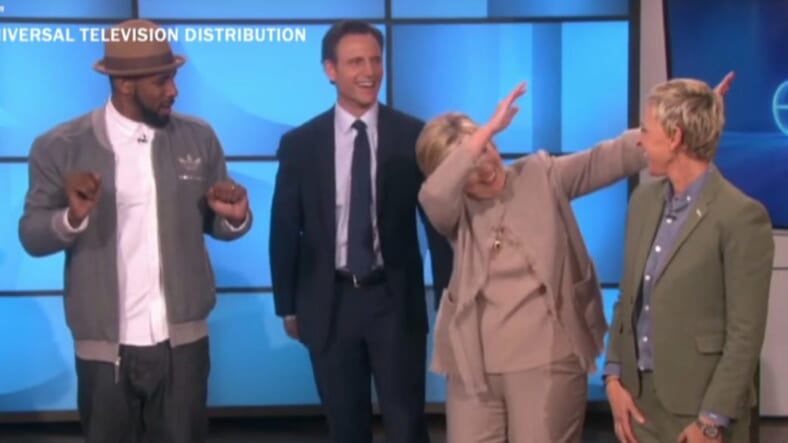 Chris Rock has a classic routine in which he jokes that a one-legged white busboy wouldn’t switch places with him even though he’s rich. He’s probably right, yet even though they don’t want to be us, they’re always trying to be like us. Imitation by our historic oppressors is the best testament to black excellence I can think of.

Problem is, when white people get their kale-and-quinoa-stained mitts on the shit we’ve made our own, they sprinkle their white supremacy flakes (which I imagine tastes like those silica balls that come in the pocket of a new coat) all over it and just ruin things. It’s like when you’re in the middle of chewing a hot dog and someone explains the process behind how the hot dog is made and you lose your whole-ass appetite.

The latest example is the Tangerine Fuhrer’s oldest son making a tweet about Supreme Court Justice Anthony Kennedy’s retirement that literally reads like it came from a 17-year-old prep school girl and not a 40-year-old father of five.

the word lit was pronounced dead at 1:23 PM on June 27, 2018. the black community would simply like privacy during this time of mourning. https://t.co/U3SYS3XbCe

“Lit” was already on life support as it is, but Junior came in the hospital room, kicked the plug out of the wall and turned off the nurse contact monitor. No one wants to hear the word anymore. Drake is probably scrambling as I type to remove every instance of “lit” from his new album before it drops at midnight.

Here are just a few other examples of white folks Columbusing our stuff and forcing us to enjoy the next thing before they get their hands on it.

There are debates about where dabbing originated, but no one disputes the fact that “your people” started it. It should come as no surprise that white people co-opted the Dab considering it ranks at a negative-6 on anyone’s dance difficulty scale. Even though the “dance” requires little to no rhythm, white folks still manage to make it look like the late stages of a seizure. See also: The Whip/Nae Nae.

I personally believe Cultural Appropriation is when you don’t give credit where it’s due…
Case 1: pic.twitter.com/4LQTT4nIaU

When I see white people with locks, I assume they simply said “f— washing my hair” and decided to be content with walking around resembling a Labrador retriever who hasn’t been brushed in years. But Afrocentric braids is a choice – one that a white person has hours to think about as she sits her happy ass in a chair to get them done. I can see how it would aggravate black women to see Kim Kardashian use her black daughter as an excuse to get Fulani braids. But it also aggravates me when the Hellmann’s-endorsed media attribute things that originated with people of color to Kardashian and her sisters. Utter journalistic laziness.

White people ruin everything. My supervisor texted me this pic talking about he’s out eating chicken and waffles. ?? pic.twitter.com/TApdqtMKtd

Cuisine is arguably one of the most important aspects of any ethnic culture. So, when white Americans haul off and f— up traditional dishes in the name of health or to assist their trifling, underdeveloped palates, not only will it likely taste awful, but it’s bound to offend folks who remember their dearly departed grandmother making it the way it was supposed to be made. Have you seen this blasphemous mac n’ cheese that contains brussels sprouts? Fam. All too often, my social media feeds are loaded with videos of recipes that no one with an ounce of melanin had any hand in creating. Bonus: the ruined appetites that come from watching these videos can get you closer to that summer beach body.

happy 2018 here’s two white straight men on CNN arguing over whether one of them is throwing shade pic.twitter.com/FsDSmppHE1

Between their reality TV show stars and the music played on the shows, I’m convinced that VH1 is solely to blame for the pink toes steamrolling through our vernacular. But I’d be lying if I said I didn’t gain some degree of amusement from listening to/reading Allison and company mayonnaise-ify our phrases like the unwashed cretins that they are. If there’s a silver lining here, it’s that they kill phrases before we get the chance to overuse them.

I realize that suggesting that white people stole “n—a” from black folks when the former originated the word is almost as absurd as white people bitching about illegal immigrants when they jacked this whole-ass country. But the word’s pervasiveness in hip-hop has always put white folks in a spot where they have to risk catching an ass-whipping merely for singing their favorite songs. When that young white girl got her ass on stage at a Kendrick Lamar concert last month and sang the word in front of God and country, it sparked yet another tired debate regarding who should be allowed to use it. It even motivated me to stop saying it. For about three days.