The prequel reveals how it all began. 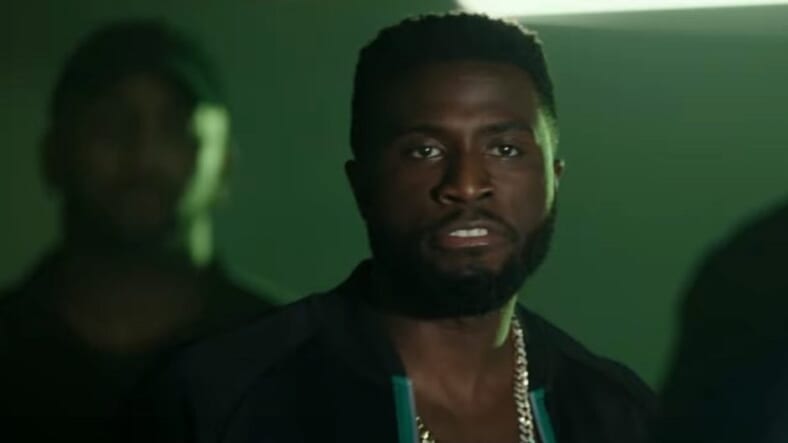 The fourth installment of The Purge franchise will take us all the way back to the beginning when The First Purge hits theaters on July 4.

The film stars Insecure bae, Y’lan Noel and Lex Scott Davis as two people trying to stay alive when the country decides to legalize all crime for twelve hours as a way to satiate the public’s more violent tendencies and keep the crime rate below one percent.

It seems a conspiracy is at play here, with soldiers posing as regular citizens infiltrating Black neighborhoods and causing all kinds of problems, leading to a Purge-fighting resistance.

Another thing we learn is that the person behind all the madness is played by Marisa Tomei and she’s not the only one we should be watching out for. The First Purge is a bit more timely and political than its predecessors, with major references to our current social issues.

“Behind every tradition lies a revolution. Next Independence Day, witness the rise of our country’s 12 hours of annual lawlessness. Welcome to the movement that began as a simple experiment: The First Purge.

To push the crime rate below one percent for the rest of the year, the New Founding Fathers of America (NFFA) test a sociological theory that vents aggression for one night in one isolated community. But when the violence of oppressors meets the rage of the marginalized, the contagion will explode from the trial-city borders and spread across the nation.”