Black lawmaker blasts judge for disparities in sentencing based on race 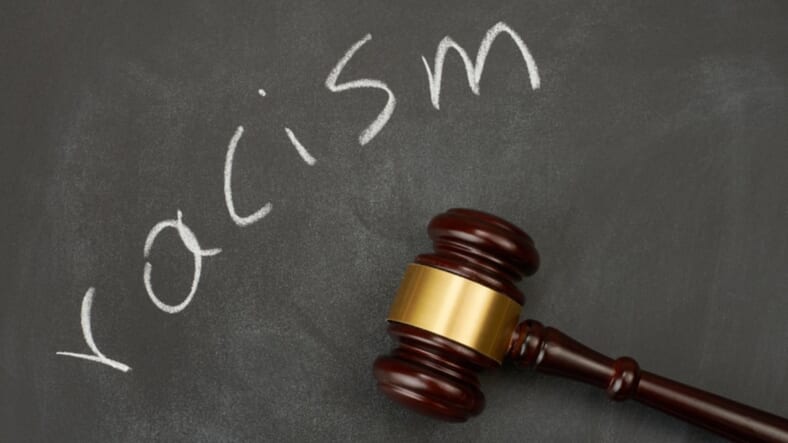 A white judge’s racial disparity in sentencing people of color caused a Black Wisconsin state senator to issue a scathing lecture to the judge who gave a lenient sentence to an admitted white rapist.

However, when it came to the case of a 16-year-old black teen, Adore Thomas, the same judge issued a heavy-handed sentence of 20 years for sexual assaulting one woman.

According to Atlanta Black Star, Senator Lena Taylor blasted the judge for the obvious racial bias.

Judge Ehlke let a serial rapist off the hook, plain and simple.

Read my full statement below. pic.twitter.com/bb9ivDdBog

“Three years is equal to roughly a seven month sentence for each of Cook’s victims, not to mention the 12 other dropped charges ranging from sexual assault to false imprisonment,” Taylor wrote in a statement to the Milwaukee Democrat.

“What kind of a message are we sending to these women with this degree of leniency?”

“Judge Ehlke let a serial rapist off the hook, plain and simple,” she added.

She continued: “The question we have to ask is ‘why?’ ” she wrote. “Cook, who kept over 20 journals of detailed information on his would-be victims, got three years, but the same judge got sentenced 16-year-old African-American teen Adore Thomas to 20 years in prison for the sexual assault of one woman.”

“The disparity in sentencing in these cases is deeply troubling,” Taylor continued. “I highly recommend that Judge Ehlke read The Sentencing Project’s report ‘The Color of Justice: Racial and Ethnic Disparities In State Prisons.’ ”

According to the Wisconsin State Journal, Ehlke struggled “with the right thing to do.”

“What I want them to know is I listened to those voices very carefully,” the judge said.

“I want them to know that it’s OK if they didn’t agree with me on some of the motions that have been referred to. … But what I do want them to know is I tried my level best in this case and every case that I have before me to be fair to everyone.”

“The Wisconsin Department of Justice is disappointed that Alec Cook did not receive the much longer sentence the prosecution team recommended, and we still believe that is what Alec Cook deserves,” Schimel said, adding that he hoped the fact that Cook was headed to prison “will give survivors faith that there are people in the criminal justice system who stand ready to fight for justice for them.”