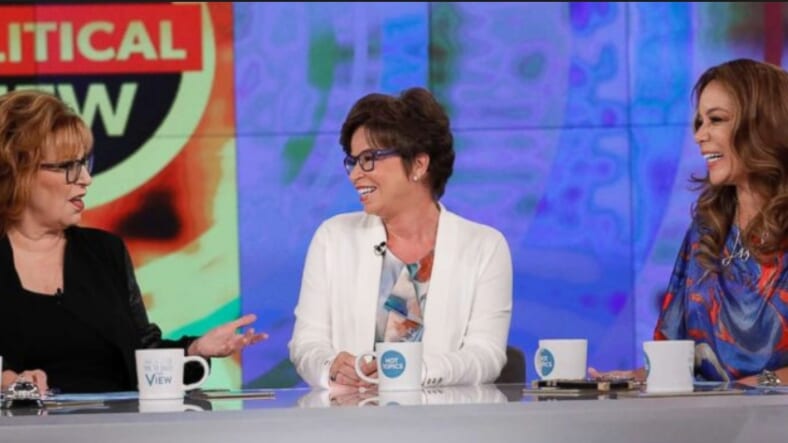 Valerie Jarrett, the former Obama adviser and close friend of the power couple, secured a lucrative book deal just like her buddies, and it’s slated to hit store shelves in 2019, the Washington Post reports.

And Jarrett took to social media yesterday to share a first look at the cover.

I’m excited to share the cover of my book, Finding My Voice, which will publish next April. You can learn more here: https://t.co/dMAyOHM4AB

The book will reportedly examine Jarrett’s life, rising up from the ranks of a Chicago executive to building a close relationship with the Obama’s and ultimately securing a seat as a pivotal player as a senior adviser in the White House.

Jarrett spearheaded the Office of Public Engagement and Intergovernmental Affairs and chaired the White House Council on Women and Girls during the two terms she served under President Barack Obama.

Jarrett, who was a powerful and trusted confidante to the Obamas, said her book is a guide to “being a good citizen in the 21st century.”

“I don’t want to just tell my story — I want to share the experiences, life lessons, and values that have shaped who I am and my ideas for the future,” Jarrett said in a statement.

Jarrett recently made an appearance on ABC’s The View to reiterate that she’s all right after the firestorm unleashed on comedian Roseanne Barr who called her an “ape.” Jarrett quipped: “Roseanne who?” taking a dig at the disgraced comedian who had her hit show cancelled while Jarrett is riding high with a book deal.

There’s no word on how much Jarrett will earn but the Obamas secured a book deal with Penguin Random House to the tune of $65 million, which would be the highest earning from any previous presidential memoir.