“I have tried to refrain from responding to that,” the 77-year-old singer explained. “First of all, it’s totally hogwash." 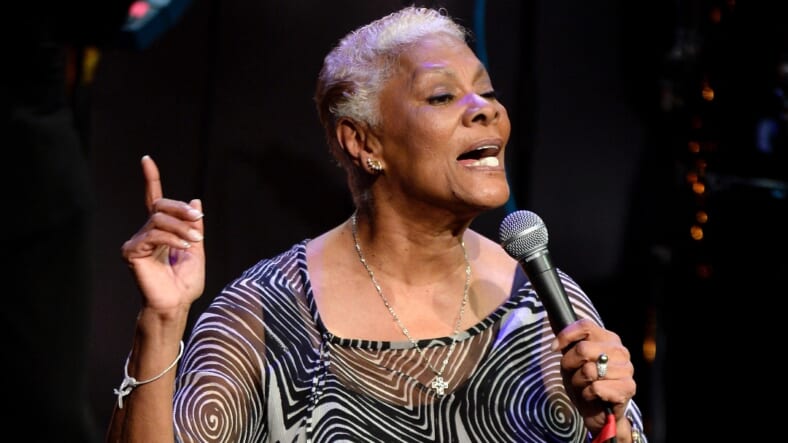 A bombshell allegation in the new documentary Whitney alleges that Whitney Houston and her brother were molested as children by their cousin —  Dee Dee Warwick.

But Grammy winner Dionne Warwick has pumped the breaks on claims her sister abused the late superstar.

In an upcoming exclusive interview with Larry King Now, she calls the allegation “evil” and untrue, PEOPLE reports.

“I have tried to refrain from responding to that,” the 77-year-old singer explained. “First of all, it’s totally hogwash. My sister would never, ever have done anything to do any harm to any child, especially within our family. And for those lies to be perpetuated in this so-called documentary film, I think it’s evil.”

Warwick said she was floored when she first heard the statement made by Whitney’s longtime assistant Mary Jones in the doc. Jones claims Houston confided in her that Dee Dee had sexually abused her as a child. Whitney’s brother Gary co-signs the allegation in the film, noting that he was molested between the ages of 7 and 9.

Despite the reaction from some of the Houston family members,  Jones has stood by her decision to disclose such private information to the world.

“I was close to Whitney, she confided in me and I struggled tremendously deciding whether to share this secret or keep to myself,” Jones previously told PEOPLE in an exclusive statement. “I deeply love and respect Dionne, Cissy and their entire families, and my intention was never to embarrass anyone in the family, but rather to bring to light that Whitney was subjected to something painful and troubling as a child. And it’s something that happens to other innocent kids and goes unspoken too much.”

Jones wants Whitney fans to know that she shared this disturbing chapter of the music icon’s story “so that people might understand that throughout her entire life Whitney carried this with her, and the weight of it was immense.”

Meanwhile, Warwick says she “will never, and I mean this, ever forgive those who perpetuated this insanity.”

“We cannot overstate the shock and horror we feel and the difficulty we have believing that my niece Dee Dee Warwick . . . molested two of my three children,” Houston told PEOPLE in a statement on behalf of herself and Warwick.

Both women first learned of the claims two days before the Whitney premiere in Cannes on May 16.