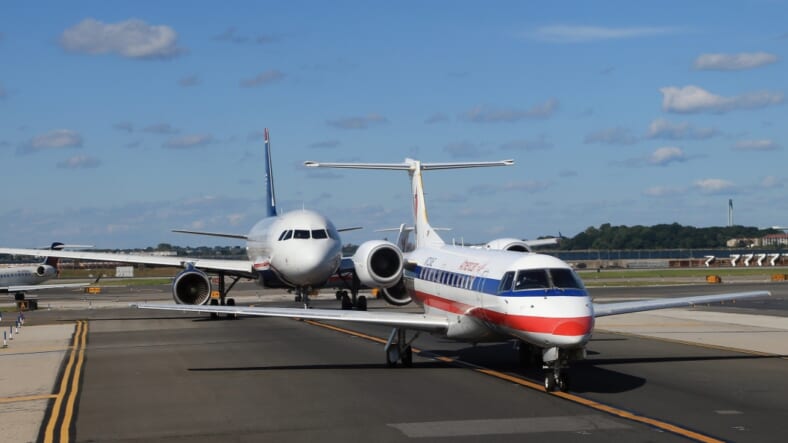 An aerial view of the greater New York area as photographed on August 14, 2013 in New York, New York.

On Tuesday an American Airlines flight at New York City’s LaGuardia Airport was halted after a dead fetus was discovered in the bathroom of the airline, PEOPLE reports.

The gruesome discovery was made as the cleaning staff conducted routine maintenance on Tuesday morning after the plane landed in NYC from North Carolina Monday night, according to the N.Y.C. police source. This happened aboard an Airbus A321.

The New York Post cites a law enforcement source and reports a Brooklyn teen had suffered a miscarriage inside the plane’s lavatory while her twin sister stood guard.

CBS reports that their mother picked them up from the airport and took them to the hospital.

The young woman allegedly told investigators that she didn’t know that she was pregnant but had been bleeding heavily for days. She also has allegedly said that while she was in the bathroom “she pulled the baby out” and didn’t hear it cry or breaths, a source has said.

The New York Posts reports that the police would like to interview the twins and believe that this was a miscarriage and not a criminal act. In other reports, it has been said that it could have possibly been a “botched abortion”. The fetus is said to be three to six months along, per sources.

READ MORE: Tamron Hall has secured a development deal with ABC for a daytime show

The N.Y.C. medical examiner’s office has made a brief statement confirming that there was an active investigation involving the discovery of the fetus. They are conducting an autopsy to determine the cause of death.

“As we continue to learn more about this tragic and sensitive situation, we are actively cooperating with law enforcement in their investigation,” an American Airlines spokesman said in a statement to PEOPLE.

The aircraft, an Airbus A321, was scheduled to fly back out on Tuesday but will remain out of service, the source says.

The airport tweeted that the plane “has been cleared”.

The out of service @americanair plane at Terminal B has been cleared. No further operational impacts are anticipated for fliers.