The 'A Beautiful Future' video series is worth watching. 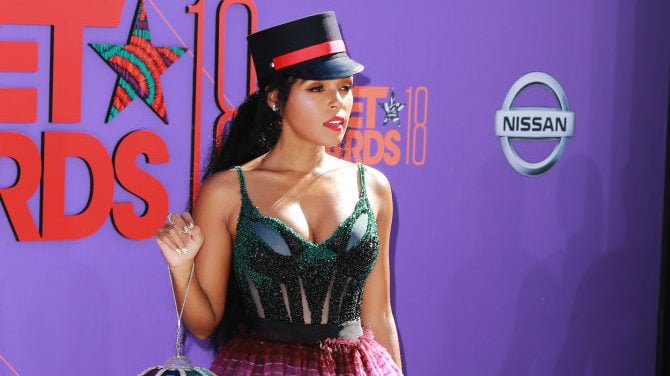 Janelle Monae is busy hitting the stage on her Dirty Computer tour but that hasn’t stopped her from trying to help other creative women in the industry.

The singer, actress, and activist has partnered with Belvedere Vodka in an initiative titled A Beautiful Future. The two-year campaign that recently launched aims to amplify and empower women’s voices in the industry by providing female directors with financial backing to produce their visions of a more perfect future.

The new digital content series features four talented filmmakers—Megan Park, Janicza Bravo, Lacey Duke and Kirsten Lepore—who have been enlisted to direct and produce short films inspired by the question: What does a Beautiful Future look like to you?

EXCLUSIVE: Janelle Monae explains ‘selfless’ decision to come out and why mental health care should be free for all

Each of the directors have been given full creative autonomy to produce a short film in their own style and voice, illustrating what a Beautiful Future would be from their unique perspectives. As the program continues, two more short films will be released highlighting a new voice in film and celebrating the vision of creating a beautiful future.

The goal is to get people to look beyond the surface and make headway in society through policy change, social activism or a future of kindness, positivity and inclusivity.

During an exclusive interview with TheGrio, Janelle Monae opened up about her creative process and it seems this partnership is right in line with her goals.

“When I’m creating art, I always try to be honest and vulnerable about who I am as I am writing and putting the projects together. I like to follow my inner compass and soul clock and am moved when it’s the right moment to speak about certain things. I think I have felt a deep responsibility to using art to promote social change and social activism. Certain issues tug at my heart and I feel like I don’t hear it spoken about enough. You have every right to speak out and speak up. There’s not right or wrong way to do art. We’re all criticized for not saying enough or saying too much. You have to lead with your heart. It’s always an honor when what I’m saying registers with other people.”