RANKED: Watch the top 5 performances at the 2018 MTV VMAs

J. Lo shut it down when she took the stage for a medley of her hits. 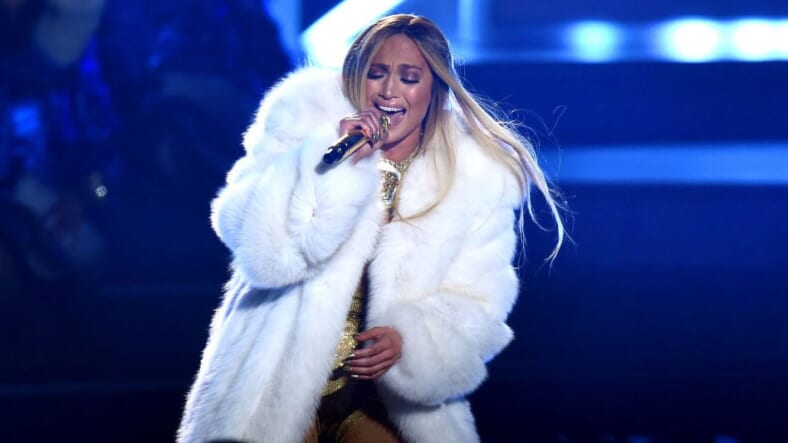 Even though the 2018 MTV VMAs left much to be desired, there were a few musical moments that didn’t make us cringe and (sadly) that’s enough to land on our list of the night’s best performances.

While we’re still reeling from Madonna‘s pathetic attempt at an Aretha Franklin tribute (which she’s not claiming wasn’t meant to be a tribute) and the inexplicable list of random winners, we’re also still thinking about a few big moments from the night’s biggest stars.

WATCH: Cardi B opens VMAs by punking everyone with a fake baby

Here’s a list of the top 5 performances of the VMAs:

J. Lo did not come to play when she hit the stage to deliver a medley of her hits ahead of nabbing the coveted Michael Jackson Video Vanguard Award. She gave the most entertaining performance of the night with dramatic sets, multiple costume changes and those undeniable dance moves. She also welcomes Ja Rule back to the VMAs stage after a very long hiatus and served up some fake snow and a fabulous fur coat for “All I Have.” Her rendition of her current hit “Dinero” was awesome and reminded us why she’s such a successful artist.

The rapper who recently dropped her album, Queen, performed from a remote location and even though it seemed to be pre-taped, she held her own as she ran through several of her latest singles. Was it her strongest performance ever? No. But it wasn’t bad either and given the short list of halfway acceptable offerings, she nabbed the No. 2 spot on our list just like she nabbed the No. 2 spot on the charts.

What just happened? Good, bad, and worst moments of the MTV VMAs

So…I’ have never been a big fan of Ariana Grande. Maybe I missed the boat when she burst onto the scene or maybe it’s the ponytail she has been rocking for 17 years but this particular performance blew me away. First off, she finally het her hair down so bonus points for that. Second, it was the night’s most artistic performance and the choreography was risqué and on point. It’s pretty ballsy to mimic The Last Supper on the VMAs stage but she managed to pull it off rather nicely and the fact that she chose a brown-skinned beauty to represent the Lord was the icing on the cake.

Logic is the only artist who used his time to make an actual statement and the fact that he decided to stick it to Trump and his barbaric immigration policies was admirable. The rapper welcomed actual families who were separated at the border and rocked a T-shrt that said “F*UCK THE WALL.”

The man with the No. 1 album in the country right now took the stage in a really weird outfit but manage to keep me mildly entertained throughout his set that included songs like “Stargazing,” “Stop Trying To Be God,” and “Sicko Mode.” We’re admittedly baffled by what passes for a hit these days but at least Kyie’s baby daddy had the good sense to dedicate his performance to the late, great Aretha Franklin unlike everyone else.