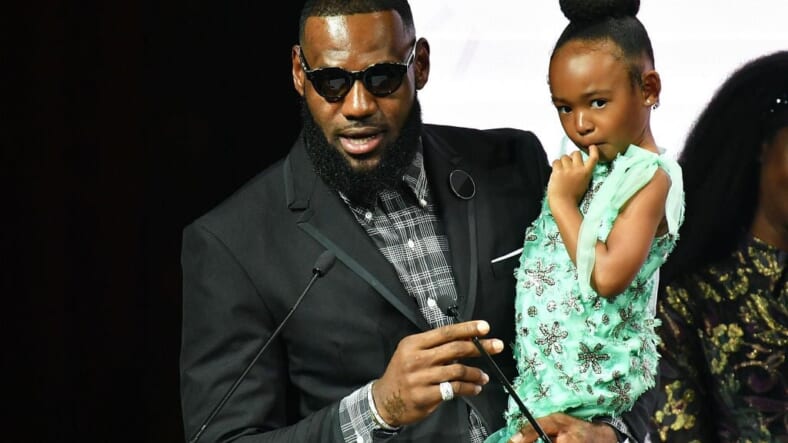 “I stand with anyone who believes in change..and I stand with Nike every day, all day,” said the NBA superstar about Nike’s #JustDoIt campaign.

Nike released a bold and powerful campaign in honor of the 30thanniversary #JustDoIt campaign on Monday with Kaepernick front and center in a simple black and white ad which read:

“Believe in something, even if it means sacrificing everything #JustDoIt.”

James, now a Los Angeles Lakers player, is already a partner with the shoe company so his comment was not surprising. On Tuesday James who recently opened the free ‘I Promise School’ in his hometown Akron, Ohio accepted the Icon360 award from Harlem’s Fashion Row in New York City.

Lebron James himself is a gamechanger who is outspoken advocate who was honored for his commitment to philanthropy and other contributions to the African-American community, according to the Hollywood Reporter.

“This award is far too kind. What I stand for and what I do just comes straight from the heart. I am a kid from Akron…I had the example of my mother every single day. I couldn’t imagine being sixteen years old and having a kid, being a sophomore in high school and having to raise a kid by myself without the means, without the support system – without anything – and giving that kid a sense of pride, a sense of strength, a sense of no worry and because of you, Gloria James, I’m able to receive this award [and to be] in a position today to be able to give back and showcase why I believe African-American women are the most powerful women in the world,” he said in his acceptance speech.

James was joined by his mom Gloria Marie, his wife Savannah and his daughter Zhuri.

The sports shoe will be available Sept. 7 on Nike.com.