McBath speaks exclusively to theGrio about the emotional toll that the Jean family is currently experiencing. 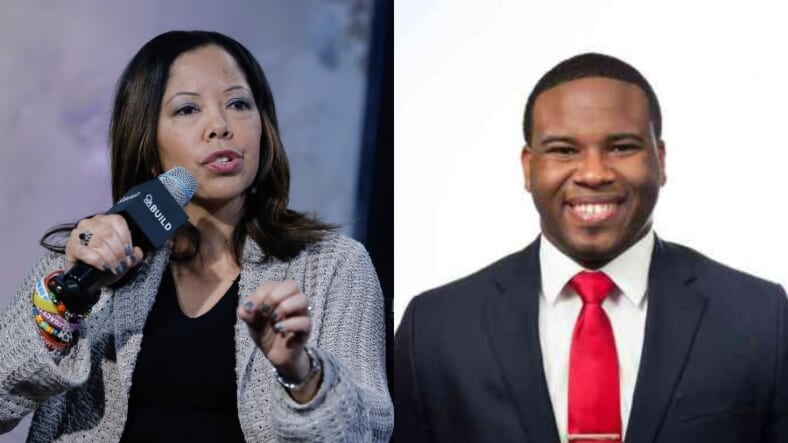 Lucy McBath, the mother of slain teenager, Jordan Davis, killed in his car by a man who complained about “loud music,” has words of comfort and motivation for the family of Botham Jean.

“They have the eyes and the ears of a nation right now, and people will be listening,” McBath told theGrio exclusively in a sit-down interview at the Congressional Black Caucus’ 48th Annual Legislative Conference (CBCFALC).

Jean, a 26-year-old recent college graduate and beloved community member, was killed in his own apartment by police officer, Amber Guyger, last week. Guyger claimed she entered Botham’s apartment thinking it was her own, and shot him when he wouldn’t obey her “verbal commands.”

“I give my heartfelt condolences because I completely understand where they are. I’m not just giving platitudes and empty condolences. I truly am so sorry for their loss because I know what they’re going through,” said McBath, who became a gun control advocate with Everytown USA in the wake of her son’s death. She’s also running for Congress in Georgia’s 6th District and just won her primary in July.

“I would also say, you cannot lay down and die a second death.  You’ve lost your loved one, but it is no good for you to lay down and just die. You have to speak, you have to rally the troops,” says McBath.

Jean’s family has been doing just that, after saying they were left in the dark with few answers after the unexplained killing of their son, at the hands of Dallas police officer Guyger.

“I am still in denial. I cannot believe that my boy is not here,” Jean’s father, Bertram Jean, told reporters.

“One of the things I would like is for Amber to come clean. Just surrender,” said Jean’s mother, Allison Jean.

Protestors shut down a Dallas City Council meeting over the killing.  Many questioned why it took three days to arrest Amber Guyger, who was charged with manslaughter, posted $300,000 bond and has since been released.

For McBath, the outrage and long wait associated with the criminal justice system is familiar.

In her case, the killer of her son, Michael Dunn, cited Stand Your Ground laws as his defense. Dunn was found guilty of first-degree murder and sentenced to life without parole.

Guyger may face more serious charges once a grand jury reviews the case.

“I think the laws are what permit these tragedies to happen again and again,” says McBath. She has pledged to personally support Jean’s family in their fight and has called on the Dallas community to support the family on every front.

“It’s not good enough to have the marches and the rallies,” explained McBath. “We’ve got to be at the polls, putting in place the people to help change the culture.”

Natasha S. Alford is Deputy Editor and Digital Host at theGrio.com.  Follow her on Twitter and Instagram at @natashasalford for live political updates from the nation’s capitol this fall.