The summer program will give computer science students of color a head start.

Howard University and Google are now teaming up to make sure there are more talented Black and Latinx faces in Silicon Valley.

Tuesday, the HBCU and the multinational technology company announced their new collaboration, Howard West, a three-month, Computer Science residency during the summer for rising juniors and seniors. The residency includes a dedicated workspace on Google’s Mountain View campus and a stipend to cover housing and other expenses in Silicon Valley.

“We’re committed to building a more diverse Google that reflects the people who use our products.That’s why, as part of our strategy to do so, we are continuing to hire and invest in young Black and Latinx talent,” said Danielle Brown, VP of Employee Engagement, Chief Diversity & Inclusion Officer.

“This fall, Lianne Sánchez Rodríguez​ ​is swapping her college course schedule for a map of Google’s campus. Instead of heading back to the University of Puerto Rico, Mayagüez, she will get to see firsthand what it’s like to be a software engineer,” Brown explains.

“We welcomed Lianne, 64 other rising juniors, and 5 faculty members from 11 Historically Black Colleges and Universities (HBCUs) and Hispanic-Serving Institutions (HSIs) as a part of our new Tech Exchange program.”

In the past Google has received major criticism while they struggled to make incremental changes when it comes to diversifying its ranks of Black, Latinx, and female employees. But as the conversation about the diversity issue in Silicon Valley has evolved, and so has their approach to the problem.

According to a statement from Howard University President Wayne A. I. Frederick, “The Tech Exchange program has a lot of opportunity to increase the number of Black leaders in tech. I can already see a difference even in the first set of students who went through Howard West last summer,” said Frederick. 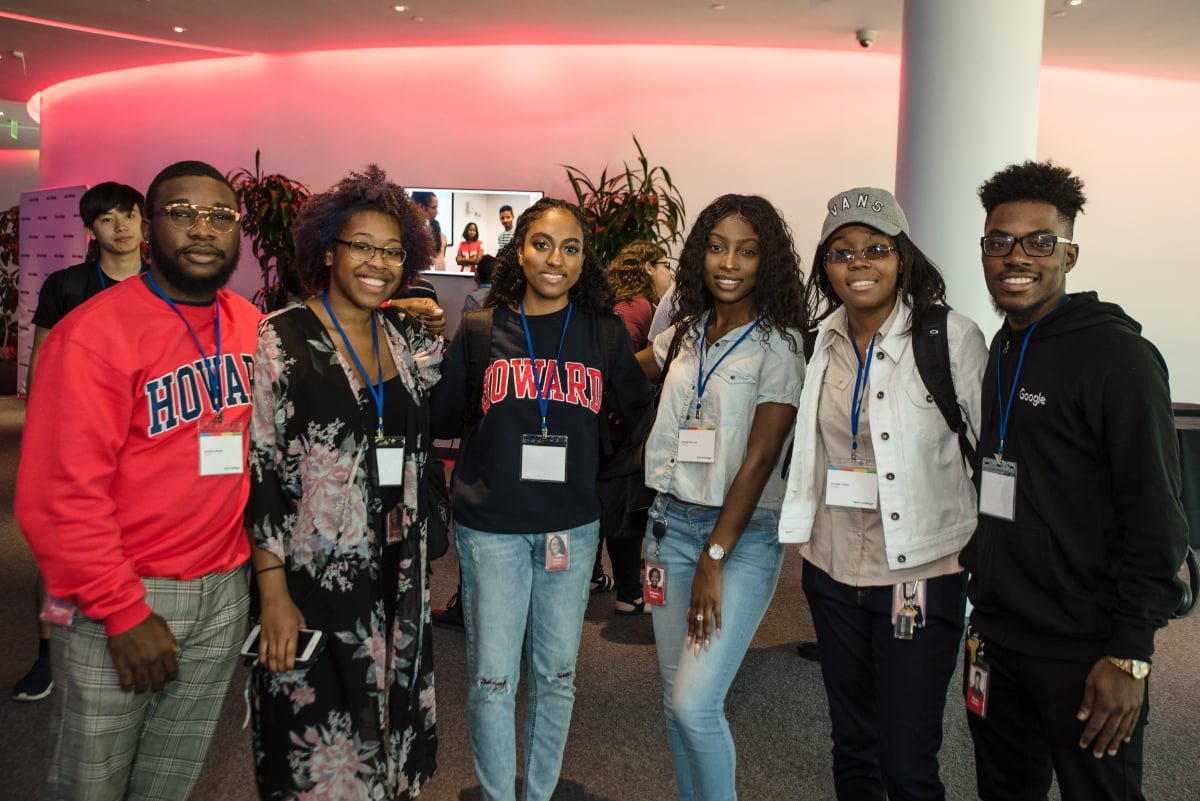 Howard West students will be better prepared for work and leadership in the community through this experience and will obtain 12 credits toward graduation through this program. (Photo courtesy of Howard University)

“As I interacted with them…the confidence that they gained from that experience was incredible! I think that, in and of itself, is going to be a huge calling card for these students in the future. They’ve learned how to lead and how to take risks that will put them in leadership positions. This program is going to have a huge impact in terms of how we groom leaders, recognizing that getting them in the professional setting early, reducing their apprehensions, is going to be crucial.”

Google Creates Training Space On Its Campus For Howard University | News One https://t.co/qMCJNDRyfy

Preparing for the future

In the initial program, 26 students participated in courses taught by Howard University
professors with the added bonus of having Google engineers as adjunct professors to
introduce and further explain practical, real-world engineering challenges.

The students learn everything from the fundamentals of Algorithms to an introduction to mobile applications. Upon completion of the pilot program, 14 rising Juniors applied for internships at Google and four received offers.

Lauren Clayton, a junior computer science student from Nashville, Tenn.,
says she gained a wealth of knowledge and skills through the program which
will prepare her to become a better software engineer.

“I was really excited to spend my summer at Google because I knew that it would help me academically and professionally,” says Clayton. “Now, my approach to school is different. I know that it is important to keep reading and doing outside research. It was a great experience.”

Harry Keeling, Ph.D., Director of Howard University Computer Science
Program, compared the program to the experience of studying in the classroom to having the opportunity to study abroad. Students are indeed provided with a richer, even deeper experience.

“I saw this first-hand. Students returned to campus more confident, mature and
better trained from their experience. I could feel their excitement and it’s
spreading to other students,” said Keeling.