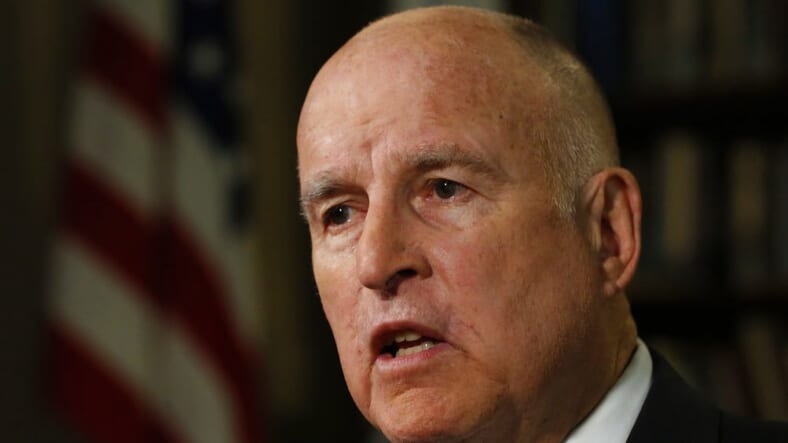 It was one of dozens of bills Brown took action on.

Democratic Sen. Anthony Portantino pointed to the shooting at a Florida high school earlier this year that killed 17 people as the reason for his bill banning gun sales and transfers to people under 21.

“I was determined to help California respond appropriately to the tragic events our country has recently faced on high school campuses,” Portantino said in a statement. “I feel it is imperative that California leads when Washington refuses to act.”

Brown also signed a bill to prohibit gun ownership for people who have been hospitalized or otherwise placed on an involuntary psychiatric hold for risk of hurting themselves or others twice in one year. That law would let those people ask a court every five years to return their guns.

He also signed a bill to ban people with certain domestic violence misdemeanors from owning guns for life.

“I believe we have enough mischief from midnight to 2 without adding two more hours of mayhem,” he wrote in his veto message.

It would have allowed extended hours in nine California cities, including Los Angeles and San Francisco.

Brown also vetoed a bill that would have opened the door for parents to serve edible marijuana to their children on school grounds to treat medical conditions. Children could be given cannabis only if the school board adopted a policy to allow it.

Brown said in his veto message that he’s concerned about exposing youth to marijuana and believes the bill is too broad, allowing its use for all ailments.

“I think we should pause before going much further down this path,” he wrote.