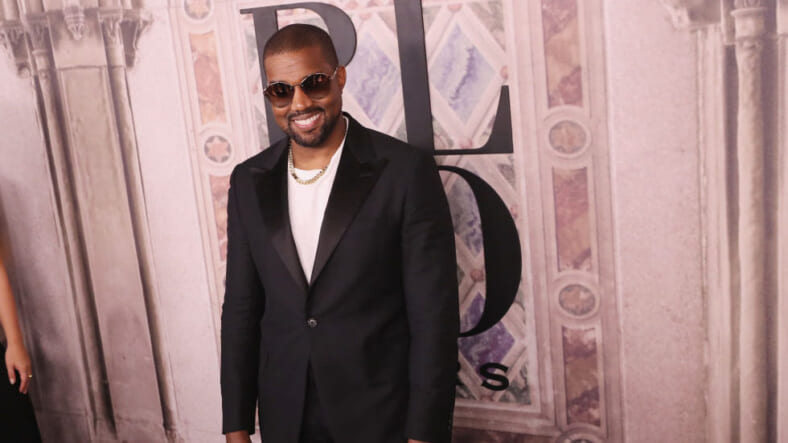 Following Kanye West’s 17-minute on-stage rant in Sacramento almost two years ago, during which he blamed JAY-Z and Beyonce, in part, for everything wrong in his career, I penned an entire piece for another publication about how we need to stop making excuses for him.

A few hours before that piece was scheduled to run, West was placed on a psychiatric hold in a Los Angeles hospital, and the whole narrative changed: “Poor Kanye, he’s having a hard time. He ain’t been the same since his mama died.” My piece was killed.

Back then, West was simply engaging in what seemed like entitled behavior that his fans who paid good money for concert tickets had to endure. But, as we all know, things took a dark turn earlier this year when West began nakedly supporting Public Enemy #1.

He posed for a picture wearing that MAGA hat, and folks were like, “What the f—? Well, Kanye knows what he’s doing. It’s cool, he’s a genius.” He gave walking Golliwogg doll Candace Owens public props on Twitter, which annoyed folks but didn’t diminish our excitement for his summer album run.

In what might be the most profound public relations fallout for a beloved artist not involving assaulting a woman I think I’ve ever witnessed, he got on TMZ and said “slavery was a choice.” People still grasped for the straws of defense.

Return of the BS

Surely enough, as time since his last vagary started to grow, West slowly crept back in the good graces of the social media-driven masses who only have the mental capacity to hate a couple things or people at a time. In no time, his 28.5 million Twitter followers were back to retweeting his platitudes as if he’s the high priest of profundity. But just like that rabid dog to whom you keep extending your hand only to get bitten, West returned with a one-two punch of bullshit this weekend.

First, there was the Saturday Night Live performance for which he wore the much-reviled Make America Great Again hat and delivered an impassioned speech to the audience at about 100 miles an hour in the wrong direction.  Even Chris Rock had to chuckle. And there’s the tweet in which he took a picture with that goddamn hat while calling for the abolition of the 13th amendment – you know, that one that allows him the freedom to tweet dumb shit.

this represents good and America becoming whole again.  We will no longer outsource to other countries. We build factories here in America and create jobs.  We will provide jobs for all who are free from prisons as we abolish the 13th amendment. Message sent with love pic.twitter.com/a15WqI8zgu

He tried to clean it up by admitting that he simply doesn’t know the definition of abolition and meant to say “amend,” but the problem is that we don’t really trust his goofy ass anymore. The writer of “New Slaves” could’ve very well meant exactly what he wrote and only backpedaled because he was getting dragged.

I don’t begrudge the proud college dropout for lacking the capacity to have a truly intelligent conversation, armed with empirics, about this country’s current and historical systemic ailments. But that makes West just another simp in the legion of keyboard scholars who bitch about all the “change” that needs to happen without offering any practical suggestions or putting in any hours toward that change.

However, you don’t need much more than a third-grade education to see what’s going on in this dumpster fire of an administration. West doesn’t need a strong understanding of foreign policy to recognize the egregious racism in the Trump administration that he called George W. Bush out on years ago. By his own admission, he doesn’t fully grasp Trump’s politics (which likely applies to Trump as well) but he wears that MAGA hat because he admires Trump’s power and outspokenness. That’s akin to rocking the swastika only because you admire Adolf Hitler for being a boss who runs shit.

The saddest part of is that West is one of very few human beings with the set of tools, resources and influence that allow him to maybe move the needle in the right direction. Between him and his prisoner-freeing wife, imagine what they could actually accomplish socially and politically if he cared more about exacting real change instead of tweeting bullshit in-between designing overpriced threads inspired by the extras in The Book of Eli.

West’s staunchest defenders (read: stans) lean on the mental illness, “his-mama-gone” argument. I don’t know West’s diagnosis or even if he has one, but folks whose education stopped well short of a doctorate in anything, are usually the fastest to offer “educated” opinions on it. West has repeatedly championed the opinions of folks whom he respects, even if they diverge from his, so I won’t insult the gravity of mental illness by applying it to his dumb-ass takes.

It’s also no surprise that many of the same people defending West are those who have forced me to read #FreeBillCosby on my social media feeds this past week. It’s like he’s empowered by the same people who are as proud to take brainless contrarian positions as he is. (There’s a conversation about Black folks’ tendency to defend and forgive all of these demonstrably trash Black men, but that’s a tea bag for another day).

I hoped that West would really have learned something from his springtime dragging. But seeing him in that hat again proves that all of the interviews, public conversations and urgings from his wife that he admitted to in song have had no effect on him. His entire musical catalog now carries with it a huge red asterisk, and I’m done waiting for him to “come around.”

Also, I’m sure if Donda West –who gets blamed a lot for West’s current “situation” – were alive, she’d be profoundly disappointed in her son.