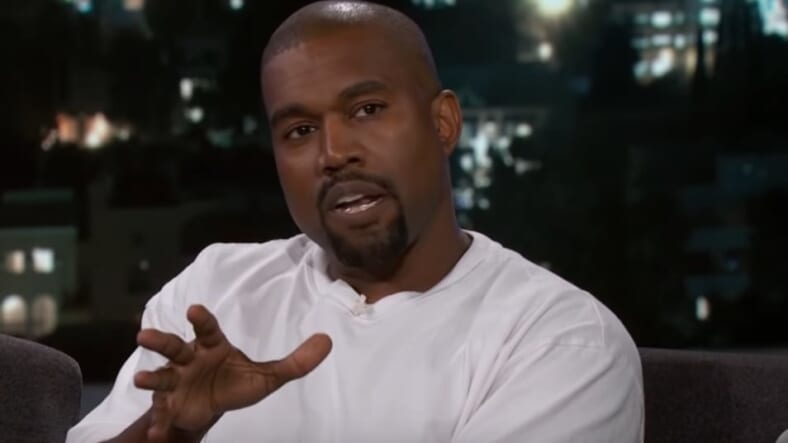 Following a weekend where his redemption tour went completely off the rails in a hail of conspiracy theories, racism, MAGA hats, and Perrier bottles, Kanye West just got hit with another blow. One of the new designs of his latest Adidas Yeezy shoes will probably not be allowed as appropriate gear on the court for NBA players.

The NBA will likely ban the highly anticipated basketball shoe, which would be his fashion brand’s first, this season due to the shoe’s design according to ESPN. Adidas was expected to debut the new shoe in time for the upcoming 2018-2019 season, but the reflective heel on the sneaker would need to be changed in order to make it on the floor.

Versions of the sneaker, which West showed off on his Instagram feed last week, without the reflective design would most likely be approved, according to the source.

The news of the ban comes as West once again is getting roundly ripped for his renewed support of Donald Trump following a disastrous appearance on Saturday Night Live. West went on a pro-Trump tirade while wearing a MAGA hat after the show – where he notably dressed as a Perrier bottle during one performance – then followed it on Sunday by tweeting that he would like to see the 13th Amendment “abolished.”

For those like Kanye who didn’t pay attention in history class, the 13th Amendment officially ended slavery in the United States. That would make his attempts to market basketball shoes to an audience that is primarily made up of the descendants of slaves look pretty bizarre.

No official decision from the league has been made on whether the Yeezys will be allowed on the floor or not. West, still sporting the MAGA hat, has not commented on the matter.