Get the 411 on the show's newest cast member. 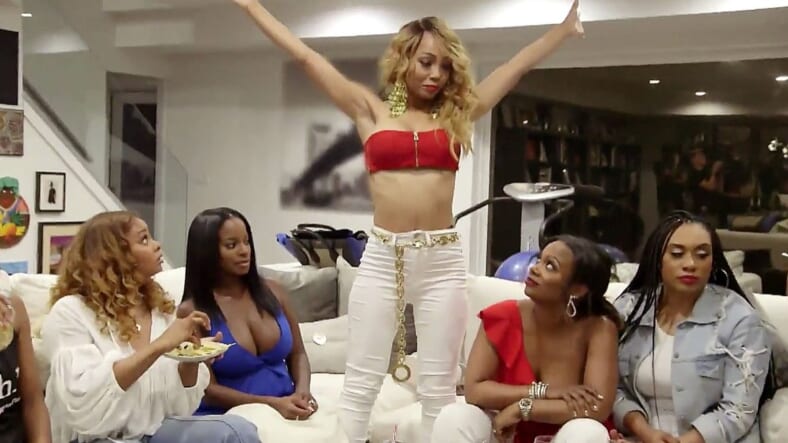 The Real Housewives of Atlanta will return to Bravo for its eleventh season on November 4 and there’s a brand new face holding a peach this time around. Shamari Devoe will join the ladies as an official cast member and we’ve got the inside scoop on the new girl.

Here are 5 things to know about Shamari Devoe:

She may look familiar. Shamari Devoe may be new to the small screen but it’s likely she looks a little familiar thanks to her time in the R&B group, Blaque. The trio had two hits in the nineties including “Bring It All To Me” and “808.”

She knows how to work the camera. While she’s mostly known for her singing chops, Devoe knows a thing or two about working the camera too. She was featured in the 2000 cult classic, Bring It On, as “Lava,” one of the Clovers alongside Gabrielle Union.

She’s married to a star. Shamari is married to New Edition legend, Ronnie Devoe. The couple tied the knot in 2006 and they welcomed twin boys last year.

She won’t be reuniting with her girl group. Sadly, there won’t be any Blaque reunion due to the fact that one of the group members has passed away. The group   has no plans to move forward without Natina Reed, who died in a car accident in 2012 at the age of 32.

She’s not afraid to stir things up. While it looks like Devoe is focused on making music with her hubby, it’s clear she’s not afraid to speak her mind and go toe-to-toe with the other ladies. In the explosive season 11 trailer for RHOA, we see her getting riled up when someone ruffles her feathers. “I’m gonna fight them bitc*es,” she says before getting into a shouting match with Nene Leakes.