These ladies don't believe Heavenly's husband is a cheater. 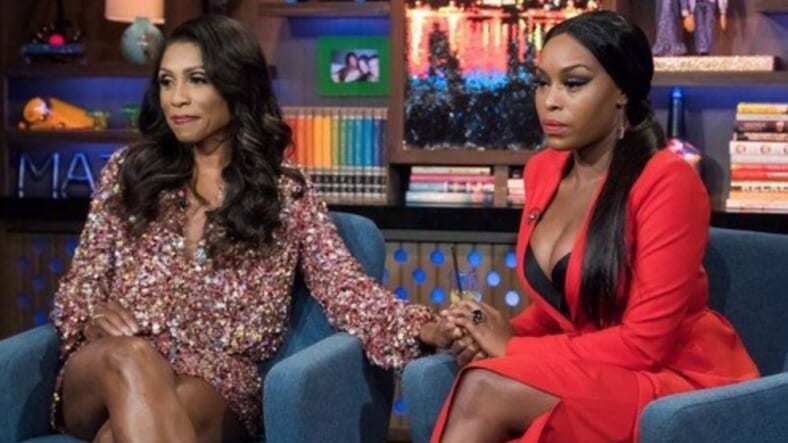 The ladies of Married To Medicine have been serving up tons of drama this season and we caught up with Dr. Jackie Walters and Quad Webb-Lunceford to find out how they feel about some of the more explosive moments we have seen so far.

According to both of the women, some of their cast mates have gone too far and they’re not buying the rumors about Dr. Heavenly’s marriage.

“We have never seen any receipts or invoices. Every man has something they may have done but I don’t believe that I would believe it,” said Dr. Jackie. “When you’re talking about a spouse, so much can be concocted.”

Quad Webb-Lunceford is dealing with her own husband’s alleged infidelity and is currently in the process of divorcing him, but that didn’t stop her from coming to Dr. Damon’s defense and firing shots at Mariah Huq (whom she refused to refer to by name throughout the interview.)

“We know Damon. He’s an amazing father, an awesome husband, hard worker, he’s dedicated to his family. He’s dedicated to his community and he does what it takes to be a pillar for everything he touches. He really does,” Quad insists. “That is a bold-faced lie in my opinion. There have not been any receipts or invoices.”

EXCLUSIVE: ‘Married To Medicine’ star Toya Bush-Harris on Quad’s divorce and her beef with Dr. Contessa

Quad made it clear that she doesn’t believe any of the cheating allegations Mariah made about Heavenly’s husband and she urged viewers to take the rumors with a grain of salt.

“Pay attention people. This has been going on for months. Where are the receipts? Damon is a good person and to tarnish someone’s reputation like that and to try to interrupt their family even when you say, ‘family is everything and family if off limits,’ why do you go back and do the same things? You’re a walking contradiction…a true hypocrite.”

It seems like Mariah and Quad are still estranged, considering the harsh words Qaud had for her.

“Here’s the thing. I’m not shading anyone. I’m not even shading the young lady who said that,” she explains. “I’m just charging people to think a little bit deeper and not just take what you see on the surface…really exercise those muscles in your brain and understand that everything is not what the people say it is.”