5 things to expect on season 6 of ‘Married To Medicine’

No marriage is safe on the upcoming season of the hit Bravo show. 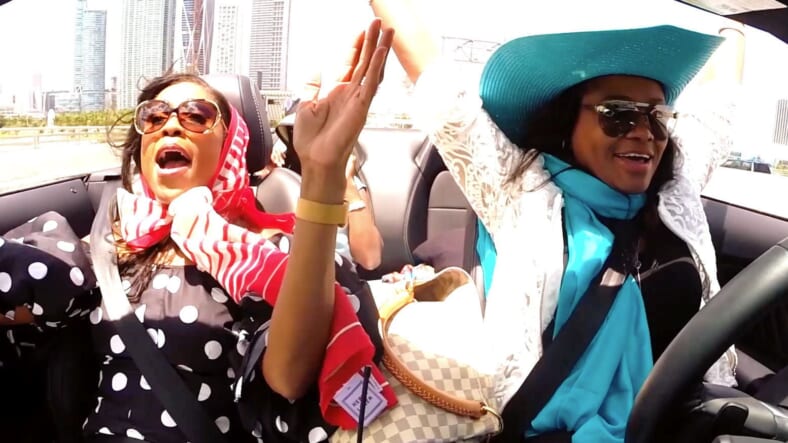 It’s almost time for Married To Medicine to kick off its sixth season and we already know what’s in store from the ladies this time around. Last year, we watched as Dr. Simone Whitmore and her husband of more than twenty years drifted apart in a major way, prompting Simone to reveal she filed for divorce during last season’s reunion. Meanwhile, her BFF, Dr. Jackie Walters, struggled through her own marriage woes when her husband Curtis was busted for cheating and broke her heart.

In the time that the show has been on a break, Quad Webb Lunceford and her husband Dr. G have been in the headlines due to their messy split so everyone is wondering how much of their ongoing issues we’ll get to see.

Quad’s Divorce Drama: 5 things to know about the ‘Married to Medicine’ mess

Here are 5 things to expect on season 6 of Married To Medicine :

No new friends. The show’s OG and executive producer, Mariah Huq, is finally back as a full-time cast member after years of sitting on the sidelines. Now, she’s ready to reclaim her place in the group. Fortunately, there are no new cast members joining the crew this season so we’ll have plenty of opportunities to see if these girls can get their friendships back on track.

Old wounds. Although Dr. Heavenly Kimes continues to convey her commitment to her “spiritual journey,” it’s clear old habits die hard and old wounds heal slowly. Expect to see Heavenly’s mouth write checks she can’t cash and expect the other ladies to be as annoyed with her as ever. When it comes to the long-standing battle between her and Mariah, there’s still loads of drama in store.

Moving forward. Speaking of old wounds, Dr. Jackie has plenty of them thanks to her husband’s humiliating cheating scandal last season. While tons of people thought they would divorce, the couple is continuing to work things out and both seem committed to their marriage. Despite her best efforts, Jackie will have a time trying to get over the pain of the past. Dr. Simone and Cecil are also on the road to recovery and have called off their divorce…for now. The teaser reel shows that their troubles aren’t far behind them and may resurface sooner than we hope.

Concerned crew. Everyone is worried about Quad after reading about her husband’s infidelity and she’s not doing much to ease their minds because she’s MIA. None of the ladies have kept in touch with their friend and cat mate since her marriage troubles went public and they’re all feeling a little slighted that she hasn’t accepted their offers of support. Toya Bush-Harris seems to be taking this the hardest and it’s clear that although they may want to be there for their friend, they’re also pretty pissed that she’s not running into their arms.

New attitude. Dr. Contessa has kept her cool on the show so far but expect to seeker find her voice this season. The wife, mother, and physician stepped back from her full-time gig so she could send more time with her family but she’s already back in her white coat. Even though we watched her let her children’s nanny speak to her all kinds of crazy last season, she’s not letting anything slide when it comes to this group of opinionated women.

Check out the sneak peek:

Married To Medicine returns to Bravo on September 2 at 8/7c.