The queen bee is back to reclaim her throne. 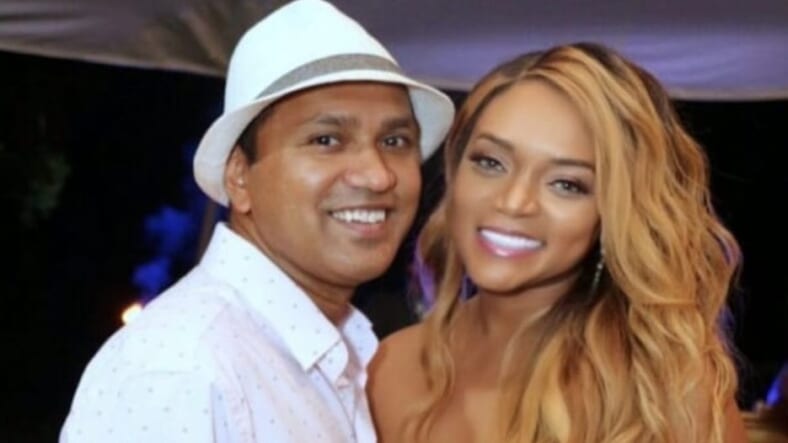 Married To Medicine is about to return for a sixth season and it’s bringing its OG back with it. Mariah Huq will return as a full-fledged cast member this season, reclaiming her throne after years of standing on the sidelines.

On this season of Married To Medicine, viewers will continue to see Dr. Jackie Walters reeling from her husband’s infidelity while she attempts to work things out with him. Meanwhile, Dr. Simone Whitmore and her husband Cecil may not be on the road to divorce anymore but there are still some bumpy roads ahead. The chaos surrounding Quad Webb Lunceford and her messy split from Dr. G is the topic on everyone’s mind now hat their dirty laundry has been aired in front of the whole world.

We caught up with Mariah to find out how she feels about her friends’ floundering marriages and how she safeguards her own relationship against the reality TV curse.

“I don’t think its just reality TV, I think it could be any type of entertainment or any type of demanding job. Anytime one spouse has a very demanding job, it can create a divide and put you in a situation where you feel like you have to choose between works and home and I think it’s especially like that for women,” she says in our exclusive interview.

“ I think marriage is a struggle. I love being married, I love my husband and I’m married to my best friend but there’s no such thing as a perfect marriage. It’s hurtful to see these relationships break up. I hate to see people we have so much history with part ways and go through so much turmoil. We have a solid foundation. I think our relationship is just different from everyone else’s because we come from two different walks of life and we sacrificed a lot in the beginning. The things they are facing now, we went through in the beginning of our relationship and made it past that. We have been married for 14 years now.”

5 things to expect on season 6 of ‘Married To Medicine’

According to Mariah Huq, the fallout between Dr. Simone and Cecil had an impact on the entire group.

“Oh God. Aiden and I argued about it because we love them so much and the reality is that you do have to pick one if your friends divorce so I’m like, ‘We get Simone.’ and he’s like, ‘No, we get Cecil.’ and I’m like, ‘Are you kidding me? We get SIMONE!’ I love Cecil and they are both great people and I don’t want to feel like I have to pick one. I love them both,” she explains.

“One of the issues I can be empathetic to is that Cecil is as a spouse of a physician. I think when it’s a man in that position, people negate their feelings. Cecil has always maintained a successful job but his main job has been a father and mentor to his boys and they just sent their oldest to college. A lot of what they’re going through is coming up now. He has been there for Simone and the boys so much and I think a lot of it is his role is changing and having to re-identify his role in terms of getting closer to being empty nesters.”

When it comes to Quad’s marital issues, Mariah is trying to show her the support she needs, but it’s not the same kind of support Simone has benefitted from.

“It’s something you know because of maturity and the level of relationship you have with that friend. I can tell Simone, ‘You are dead wrong’ and she will ask me to explain that. Quad is younger so I don’t think she gets it as much so people don’t feel as comfortable being transparent with her and she’s afraid of hearing the truth. Everyone has a role to play in a relationship. In the growth and in the demise of a relationship,” she says.

For now, Mariah Huq is focused on her family and doing everything she can to avoid letting her marriage suffer the same fate as many of her cast mates’.

“The main thing for me is my family because I walked into this as a happy, healthy woman in a happy family and i’d like to walk away the same way,” she says. “I don’t want a dose of the reality curse. It’s not worth it for me.”

Married To Medicine returns to Bravo on September 2 at 8/7c.