All the Way Out: French Montana pays NYC woman’s bail 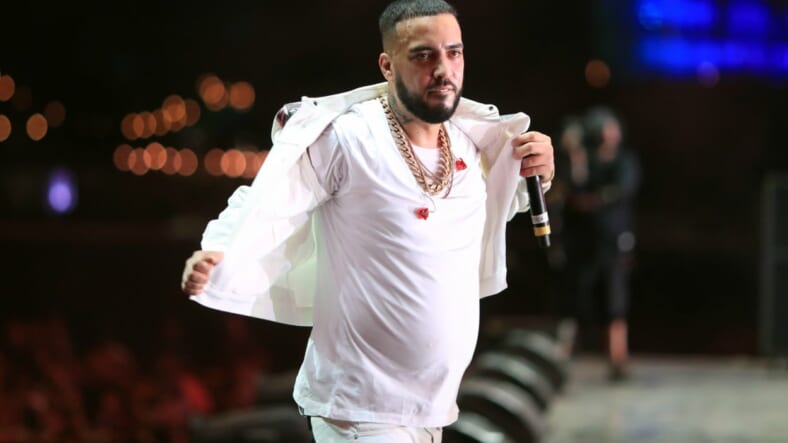 French Montana performs onstage during the 2018 Coachella Valley Music And Arts Festival at the Empire Polo Field on April 22, 2018 in Indio, California. (Photo by Christopher Polk/Getty Images for Coachella)

Rapper French Montana, well known for his collabs with Fat Joe, Drake, Diddy, Remy Ma and more, has been collaborating for a bigger cause: helping to fix the criminal justice system one person at a time.

Recently, French paid the bail for an unnamed Bronx, N.Y., woman who couldn’t afford it. It highlights the numerous issues of cash bail — which often penalizes people for simply being poor.

“I feel like you should be innocent until proven guilty,” he added. “Just because you can’t afford to be out of there doesn’t mean you should be in there. A lot of people lose their families, jobs, kids and all kinds of things for something that petty and we want to end that whole cash bail thing.”

French, whose real name is Karim Kharbouch, was born in Morocco but grew up in the South Bronx, has teamed up with Global Citizen, Revolve Impact, The Robert F. Kennedy Human Rights Organization, and Mass Bail Out to help get people out of jail who can’t afford it.

This is the latest philanthropic move by French. Earlier this year he teamed with Adam Levine to do a remix of his 2017 song “Famous” to benefit the Suubi Center, an underfunded maternity and children’s clinic in Uganda.

“Me coming from Morocco in North Africa, I feel like it should be a soft spot for anyone that has a mother or a child,” Montana said in an interview with CNN. “I think that’s got to be one of the worst things: not having the right healthcare. When I went to Uganda I felt obligated to help.”