EXCLUSIVE: Michaela Coel on finding joy after sexual assault and new Netflix film ‘Been So Long’

The 'Chewing Gum' star will wow you in her new musical on Netflix. 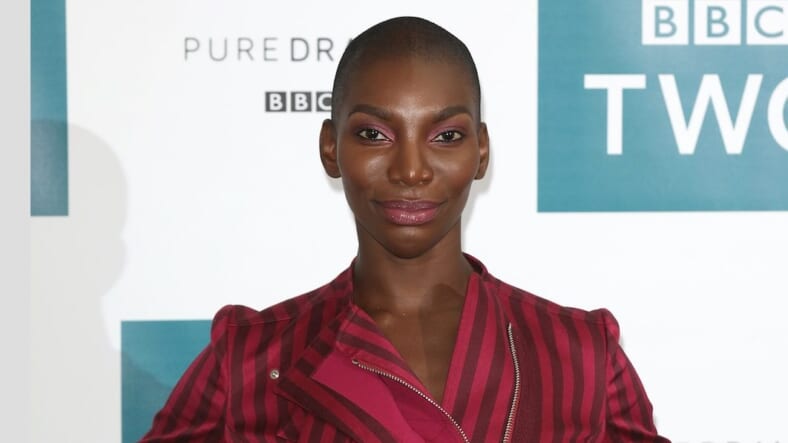 There are so many reasons to admire actress, Michaela Coel, and her fantastic new musical for Netflix, Been So Long, is only one of them. The star of another Netflix series, Chewing Gum, is showing off her singing skills in the romantic flick that hits the streaming service on October 26.

Set in London, Coel plays Simone; a single mother who falls for a stranger named Raymond (Arinzé Kene) on a night out in Camden. The movie is adapted from the musical stage play written by acclaimed writer Ché Walker.

We caught with the talented beauty to find out about her latest role, whys he shared her #MeToo story, and how her commitment to perspective keeps her life full of joy.

“There were so many reasons for me to be part of this project. I had seen the play when it was on stage in 2009 and Che Walker is the only reason I am an actor right now. He saw me perform a poem and told me I should become an actor. He let me attend his master classes once a week and he introduced me to Arinze Kene, who plays Raymond in the film. We have been great friends for ten years,” she told TheGrio in an exclusive interview.

“In a way, it felt like I was now in a position to do something for someone who helped me so much for nothing in return. Also, I wanted to play Simone because I wanted to make her Black and dark-skinned with no hair. The only way to make that happen was to take on the role myself.”

The British beauty admitted that while representation of Black women in entertainment in the U.S. has been slowly increasing (in part through initiatives like Netflix’s #StrongBlackLead) there are even fewer opportunities for Black actors in the United Kingdom.

“It’s so limited. We have amazing actors here, but we only make up 3% of the population. We are very clearly from African immigrants. We don’t mind farting onscreen or fu*king onscreen. We are very open and liberal and we’re not tidy,” she explains. “I love representing mess because humans are messy. I never want to package a version of being female or Black or human that say ‘Look how tidy I am.’ That’s one thing I like about this character and all the roles I have chosen to do. As much as there is a lack of variety in how we are represented, I still feel like if you choose to bring yourself to any role then you will be represented.”

Coel represented for the bald-headed beauties of the world when she decided to shave her head for the film.

“It was my suggestion to be bald. I have already shaved my head twice and I remembered how freeing that was and how little I see that on my TV screen. I called my hairstylist and said, ‘Come to my yard and we’re gonna shave this fu*king thing off.’ It was too late to do anything else because it was gone. Whatever power you have, you have to recognize it and use it,” she says.

Been So Long is a love story at heart, but it’s also a musical, despite the fact that Coel is not a trained vocalist.

“I released an album called Fixing Barbie in 2009 and I did a musical called Home, which was based on a homeless shelter in East London. I’m not a theatrically trained singer, which means my voice is not very strong and my range is very limited. This is a film about people who have lots of limitations and it was comforting to know that the damage in my voice was only going to benefit the character and that gave me a sense of confidence.”

Confidence is something Michaela Coel has no shortage of.

“I think it’s because generally, I don’t really care about things like marriage or children. I’m not trying to please a male demographic ever. I’m a girl’s girl. I have to be me. I don’t have anything to lose. No one has anything to lose. If you’re in the West, and you have a smartphone, you don’t have anything to lose by being you,” she explains. “There are wars happening in the world. There are places where you are thrown off of buildings for being gay. Those people have things to lose. We don’t. Be you. I think perspective is very important.”

The actress and writer recently put her confidence on full display when she shared the story of being raped while working on Chewing Gum during a speech at the 43rd MacTaggart Lecture at the annual Edinburgh Television Festival in August.

“It wasn’t about me being raped to be honest with you. The truth is, I spoke about these things to speak about the effects on the work place. What happens when you don’t have any days off? How does it work in the workplace. That situation, for me, it was a chance to check myself. While I can’t find the perpetrator, let me look at myself. Let me look at things in my life I have the power to change. Look for your power and you can find it,” she says.

“I can only talk about such issues because I am over them. I found my joy through that. I have watched a documentary called City of Joy and in it, you see women who have been raped with machetes and they are laughing more than us. How dare we not laugh. When there are people out there with no vaginas or limbs left who are laughing and genuinely have joy, how dare I not have joy? How dare I not use this opportunity and this platform to share my real experiences and look out for those coming after me? It was simple. I felt brilliant. I love to share and I love to learn.”

Coel’s inspiring outlook on life is similar to one of the major themes in Been So Long.

“If you want to know that hope does exist in the world in a sea of depression and fatalism, then this movie will do that. It’s a cheesey, lovely, love story,” she says. “It’s about two people from working class communities who are trying to survive. It shows you that even they and anyone can give and receive love.”

Been So Long hits Netflix on October 26.