Maybe modern day Miss Anne sips rosé instead of mint julep, but her lies are just as dangerous. 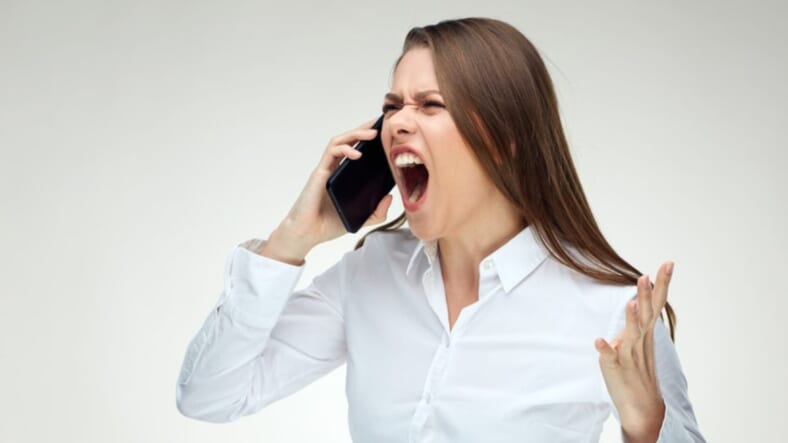 I love being a Black man. If I were a praying man, I’d thank whatever deity every morning for waking up Black…even if I do pass the Paper Bag Test. However, there is one aspect intrinsic to me and every other Black man that we’re forced to endure from the tenderest of ages: the acknowledgment that we have historically been, and are still, considered a threat to society.

It’s a touchstone of white supremacy that’s so deeply ingrained that many Black folks have, at some point, likely adopted this perspective about ourselves – an absurd gospel of American culture that we are forced to blindly accept like so many Bible verses. The fight against this perception of Black men is seemingly interminable.

As of late, however, those expensive devices in all of our pockets and purses – combined with social media – have served as some of the most effective civil rights advocates that have ever existed, pulling the wool from over our collective eyes by showing the world what goes on every day in every city where Blacks and whites coexist.

In just the past week, two white women have reminded the world why they, as a whole, played a pivotal role in helping the Apricot Assface make it to the White House and Brett Kavanaugh to the U.S. Supreme Court, while also confirming what I’ve said for years: white women are the one group of people whom Black folks suffer most from working under or near.

First, there was Theresa Klein, now dubbed “Cornerstone Caroline,” who called the police on a 9-year-old Black boy for “sexually assaulting” her by brushing by her (non-existent) ass with his book bag in a Brooklyn deli. This happened in New York, a sardine-can-packed city of 8.5 million people, where you’re likely to get grazed by a stranger’s bag by simply stepping out of bed in the morning.

In what was perhaps the most satisfying video I’ve ever watched of a person getting non-violently dragged by a mob, Klein was made to publicly watch the surveillance video of the boy going about his Black-ass business and not sexually assaulting her. She apologized to him, but the psychological damage is done: Klein made a kid who likely hasn’t even hit puberty yet into the subject of a national conversation. That not only forces him to understand the perceived weapon that is his Blackness, but of what it means to be accused of sexual assault. The ramifications of her actions likely won’t truly reveal themselves until the boy is much older.

Just as we were moving on from Caroline, there’s Hilary Brooke Mueller (a.k.a. “Apartment Becky, a.k.a. the other Hillary getting dragged today), a St. Louis woman who, while draped in Basic Becky couture and walking one of those tiny, yappy dogs you want to stuff in a couch cushion when you visit the home of someone who has one, had the unmitigated gall to literally block D’Arreion Toles from entering his own goddamn apartment building.

Toles, who either has the patience of Kanye West’s therapist or just knew he had a viral gem on his hands, dealt with Mueller in a very genteel manner while recording her entire snow bunny antics, even as she followed him to his own apartment unit. Had the roles been reversed, Toles would still be waiting for his bail hearing as I type.

No Black American who didn’t vote for Trump can watch Toles’ video in its entirety and be certain they wouldn’t do something to get put in jail if they were in his place. Fortunately, Mueller is probably somewhere questioning a Black man’s place in the unemployment line since she got the pink slip from her job after the video went viral. I dunno…maybe don’t work for a minority-owned company and get caught on video being an asshole to minorities…?

It’s easy to chuckle and revel in the schadenfreude of these women’s comeuppance until you realize that black males are literally murdered over shit like this. Klein, in particular, evoked Emmett Till, who was brutally tortured and killed at age 14 when a white woman accused him of touching her, not admitting to the lie until six-plus decades later.

There was no camera to protect Till. And if there were no surveillance camera to clear Klein’s accused, there would forever remain a tincture of suspicion that this little boy assaulted a woman. The internet would’ve gone for his parents, and he might have been unjustly used as an example of what happens when parents don’t raise their children to respect women.

Both incidents underscore how imperative it is for Black parents to raise their children with an added layer of scrutiny and attention that their white child counterparts will never need. Reading, writing, arithmetic and being Mindful While Black. It bears the unfortunate consequence of diminishing a child’s innocence that much faster, but it beats the troubling list of alternatives.

No one believes for a second that smartphone cameras are going to mitigate the centuries-deep systemic divide between Black and white Americans. I’ll never tire of watching those “life comes at you fast” moments in the aftermath of some white chick in sunglasses with her headset up to her ear waiting for some poor sap at 911 dispatch to figure out what to do with her bullshit-ass phone call.  The memes from #BBQBecky alone were priceless.

Those fleeting moments of levity can’t make up for everything we deal with on a daily basis. But it, too, is a start.