Tiffany Haddish spills that she’s working on a rap album

Is there anything that this woman can't do? 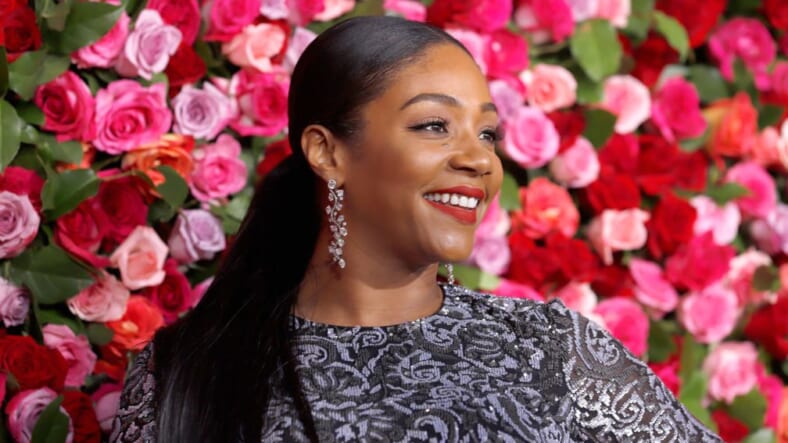 Are we tripping? Seriously? No, the Night School star said during a revealing interview with the New York Times  this week that talks about being abandoned by her father, being sexually assaulted and using comedy to cope with her schizophrenic mother, there was this overlooked mention that says she’s trying to “make a rap album.”

So, in between starring multimillion dollar movies with the likes of Kevin Hart, Haddish reportedly wants to pull off a reverse Queen Latifah, Donald Glover (a.k.a. Childish Gambino) Will Smith, and Common, among others, and become a hip-hop star?

Read More: 7 things we learned about Tiffany Haddish + see her skills on #LevelUpChallenge

Read More: Tiffany Haddish says her stepfather planned for her to die in the same crash that almost killed her mother

Who’s to say she can’t? Her star is definitely rising with an upcoming film Nobody’s Fool which was specifically written for her by Tyler Perry, and the recently released The Oath, she is definitely on her way to becoming a Hollywood A-lister.

Maybe she can get a who’s who of producers, like DJ Khaled, Mike WiLL Made-it, Ronny J or Metro Boomin? What would she talk about? Her past suicidal tendencies, or her stepfather, whom she said admitted she also was supposed to be in the car he rigged with her mother and had an accident that sent her through a windshield, resulting in permanent brain damage.

Or, will she throw shade at her ex-husband, or maybe spit rhymes about that #WhoBitBeyonce incident that supposedly involved actress Sanaa Lathan? How about a Katt Williams diss track? Hmm…

Guess we’ll have to wait and see.