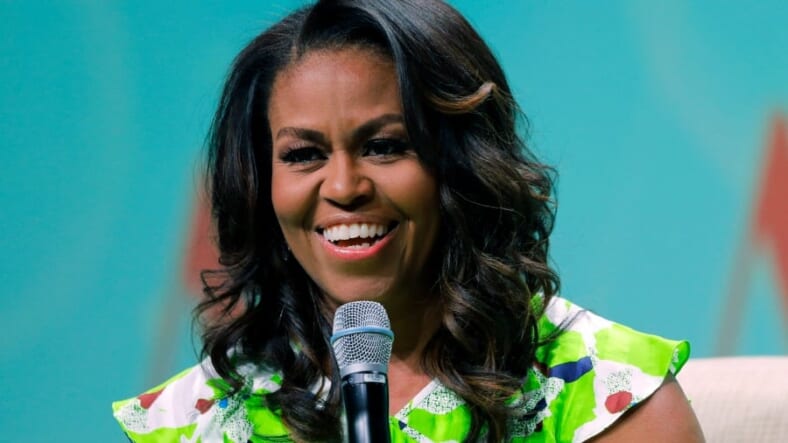 You know the Becoming book tour with First Lady Michelle Obama with the hard-to-get tickets that rival a Beyonce concert?

Well, our Forever First Lady just made us all wish we’d scored some tickets early on, because she’s pulling out the star power and now Oprah Winfrey, Reese Witherspoon, and other entertainment heavy hitters will join her on the tour too.

Obama’s tour begins the week after the midterm elections and she’s ramping things up with the inclusion of her famous friends like Sarah Jessica Parker, Michele Norris and former White House aide Valerie Jarrett, The Hollywood Reporter reports.

Michelle Obama will begin her book tour Nov, 13th in her hometown at Chicago’s United Center, and we should have known that Winfrey would serve as moderator.

Witherspoon will join Obama in Denver, while Jarrett will appear in Washington, D.C.

Parker will moderate the book discussion in New York City at the Barclay Center on Dec. 19. But we wonder if any special surprises like an appearance by Bey and Jay is a possibility.

Advance promotions for her book have emphasized that she will chronicle “the experiences that have shaped her — from her childhood on the South Side of Chicago to her years as an executive balancing the demands of motherhood and work, to her time spent at the world’s most famous address.”

The Obamas agreed in 2017 to a multimillion-dollar deal with Crown for the two books and have projects for other media in the works, including a multiyear production deal with Netflix.

Despite some complaints on social media about prices, tickets have been selling so quickly that this week Live Nation added two additional events, at Barclays Center in New York City and Capitol One Arena in Washington.