Disney is trying to shed several sports channels around the country and if they win their bid, the two rappers will pick them up 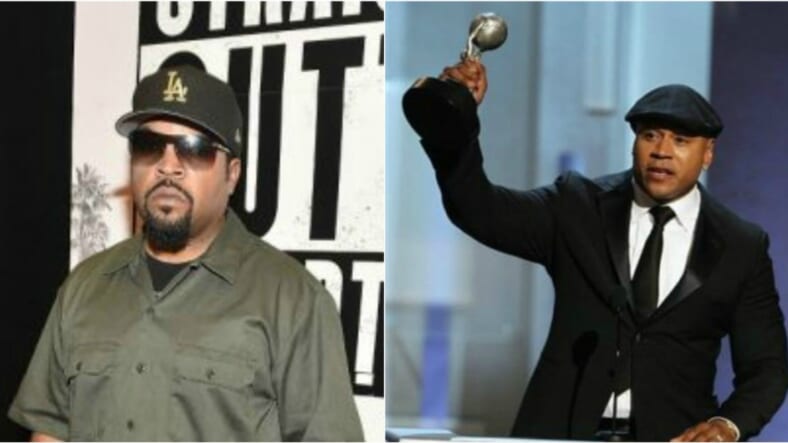 Rap icons LL Cool J and Ice Cube have teamed up in an effort to become media moguls and are making a move toward ownership in the sports broadcasting field, TMZ reports.

The duo are looking to buy 22 regional sports stations that Disney is selling off due to its $71 billion acquisition of 21st Century Fox.

But securing the bid is no small feat. It will take at least $15 to $25 billion dollars. So Cube and LL have also enlisted the help of a powerful business partner: billionaire Alex and Ani jewelry founder Carolyn Rafaelian.

“The acquisition of 21st Century Fox will bring significant financial value to the shareholders of both companies, and after six months of integration planning we’re even more enthusiastic and confident in the strategic fit of the assets and the talent at Fox,” said Robert A. Iger, Chairman and Chief Executive Officer of The Walt Disney Company.

“At a time of dynamic change in the entertainment industry, the combination of Disney’s and Fox’s unparalleled collection of businesses and franchises will allow us to create more appealing high-quality content, expand our direct-to-consumer offerings and international presence, and deliver more personalized and compelling entertainment experiences to meet growing consumer demand around the world.”

The venture could prove to be his largest, but Ice Cube has already proven to have business prowess.

In 2017, Ice Cube and his longtime business partner Jeff Kwatinetz launched a 3-on-3 basketball league. The idea behind the league is to give retired NBA players a chance to continue playing basketball but at a more manageable pace.

“I thought of this concept as a fan who got sick of seeing his heroes retire and not play anymore. A lot of these guys can still play once they retire — just not the back-to-backs or four games in five nights,” Cube explained to Vertical Podcast.

While Ice Cube is working on adding media mogul to his resume, he’s still dropping controversial songs like “Arrest the President” which he plans to released on Friday.

Cube released a video on Twitter ahead of the midterm elections, urging fans to vote with a theme song that takes President Donald Trump to task.

“Cuffs are ready … Get out there and vote. #ArrestthePresident dropping this Friday,” he tweeted.

The 49-year-old actor/rapper is set to release his upcoming album “Everythang’s Corrupt,” in December.

Cube who has been a strong vocal critic of Trump, hits hard in the video which shows images of Trump’s rally, a burning “Make America Great Again” hat. It also shows Trump shaking Russian President Vladimir Putin’s hands. It also shows disturbing images of at the Unite the Right rally at the University of Virginia.

“Arrest the president, you got the evidence, that n—– is Russian intelligence.”

“Everybody go vote!” says a message at the end.