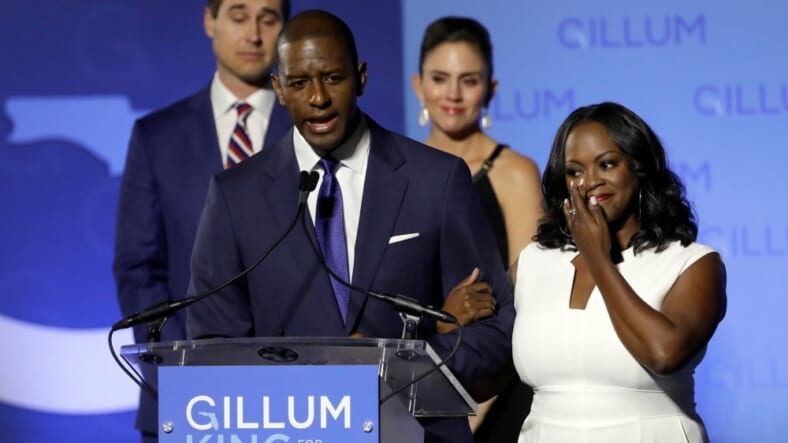 Tallahassee Mayor Andrew Gillum is keeping an eye on the final vote tally in Broward County as a result of the Florida governor’s race and if close enough, could be the trigger for a run-off in the closely watched race.

However, there are still thousands of votes that need to be counted, and his team says the race isn’t over after all.

According to Tallehassee.com, Gillum advisor Kevin Cate noted that the Republican nominee’s lead had fallen within 0.08 percent of the legally required machine recount.

Under state law in Florida, a recount is mandatory if the winning candidate’s margin is 0.5 percentage points or less.

The notice for a recount would come from Secretary of State Ken Detzner, an appointee of Republican Gov. Rick Scott, who also faces a recount in his campaign against incumbent U.S. Sen. Bill Nelson.

In Georgia’s governor’s race, Stacey Abrams is also not giving upin her pursuit to become the first Black woman governor in the United States, even as her opponent Brian Kemp’s camp claims victory.

Kemp’s team has already declared a victory in the state and warned that his team would start the transition today to become governor.