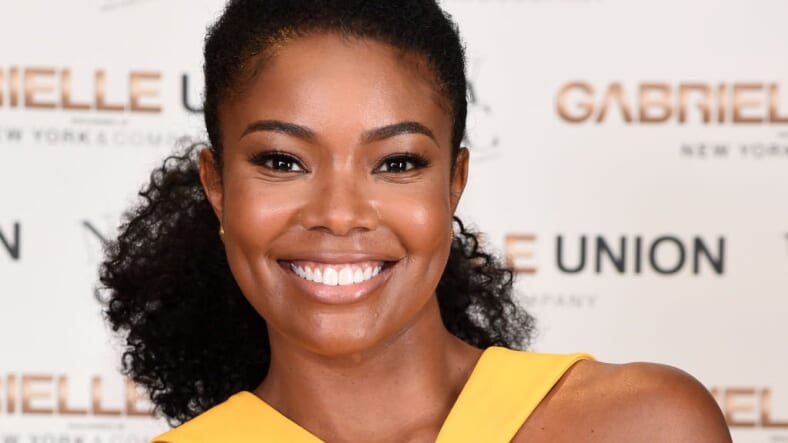 It looks like Gabriel Union‘s dream of becoming a mother has finally come true.

Thursday afternoon, the 46-year-old stunned fans by posting pictures of herself, husband Dwyane Wade, and their new baby girl onto her social media account!

“A LOVELY DAY” the new mother declared on Instagram. “We are sleepless and delirious but so excited to share that our miracle baby arrived last night via surrogate and 11/7 will forever be etched in our hearts as the most loveliest of all the lovely days. Welcome to the party sweet girl! #onelastdance #skintoskin@dwyanewade ❤”

The actress has previously opened up about the pain she’s endured during her attempts to have a child. In her book, We’re Going to Need More Wine, she confessed that she had suffered from a severe case of baby lust, but had so many miscarriages that she actually lost count.

“In order to tell you the exact number, I would have to get my medical records,” she told People magazine back in 2017, guessing the number was eight or nine.

“For three years, my body has been a prisoner of trying to get pregnant — either about to go into an IVF cycle, in the middle of an IVF cycle, or coming out of an IVF cycle. I have endured eight failed IVF cycles … For as long as I can remember now, Dwyane and I have lived in a state of extended expectation.”

? When I wake up in the mornin' love And the sunlight hurts my eyes And there's something without warning, love Bears heavy on my mind Then I look at you And the world's alright with me Just one look at you And I know its gonna be A lovely day A lovely day ? A LOVELY DAY ?????? We are sleepless and delirious but so excited to share that our miracle baby arrived last night via surrogate and 11/7 will forever be etched in our hearts as the most loveliest of all the lovely days. Welcome to the party sweet girl! #onelastdance #skintoskin @dwyanewade ❤?? ? by @awesomeedd

READ MORE: Van Jones questions Jared Kushner about his ‘very small resume’ but Twitter questions him about his interview skills

Studies show that a 40-year-old woman treated for infertility only has a 25 percent chance of getting pregnant using her own eggs. By age 43 that number dropped to 10 percent, and by 44 it had gone down to just to 1.6 percent. But fans have always been supportive when the star has spoken about her fertility journey, and she explained that her baby was lovingly carried by a surrogate.

Congrats to the new mom and dad who are already being showered with love on social media.