The superstar has yet to comment on the speculation. 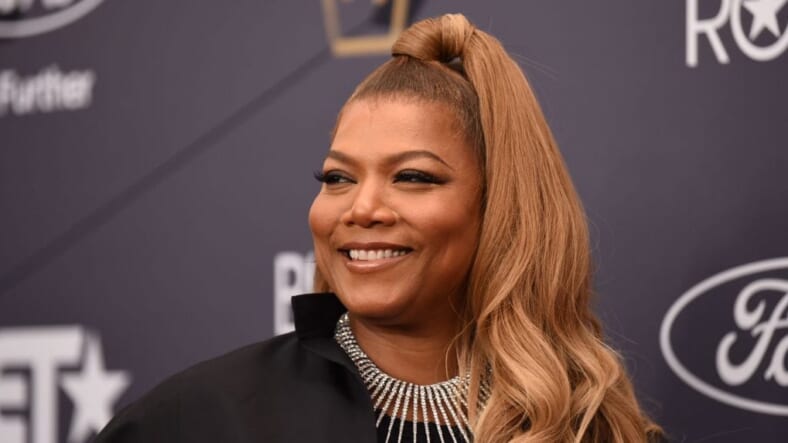 Queen Latifah may have some bigness to celebrate if the rumors are true.

According to several reports, the superstar whose real name is Dana Owens is expecting a child with her rumored girlfriend, Eboni Nichols.

Neither of the ladies have confirmed the news, but Radar is reporting that Nichols is indeed pregnant and that the couple will welcome the child together.

Nichols has been photographed with a baby bump and the pair are constantly spotted together, despite the fact that Queen Latifah continues to keep her private life to herself.

The star of STAR is known for staying tight-lipped about her love life and we don’t imagine that will change any time soon.

Check out some photos of the couple below:

If Queen Latifah is expecting her first child, we’re praying for a healthy delivery for Nichols and a lifetime of joy for the couple. Until the news is confirmed, folks will have to keep guessing.

A baby would be happy news for the rapper, singer, and actress who lost her beloved mother, Rita Owens, to a heart condition in March.

“It is with a heavy heart that I share the news my mother, Rita Owens passed away today,” Latifah wrote. “Anyone that has ever met her knows what a bright light she was on this Earth. She was gentle, but strong, sweet, but sassy, worldy but pragmatic, a woman of great faith and certainly the love of my life.”