The actor is one of the best in the business. 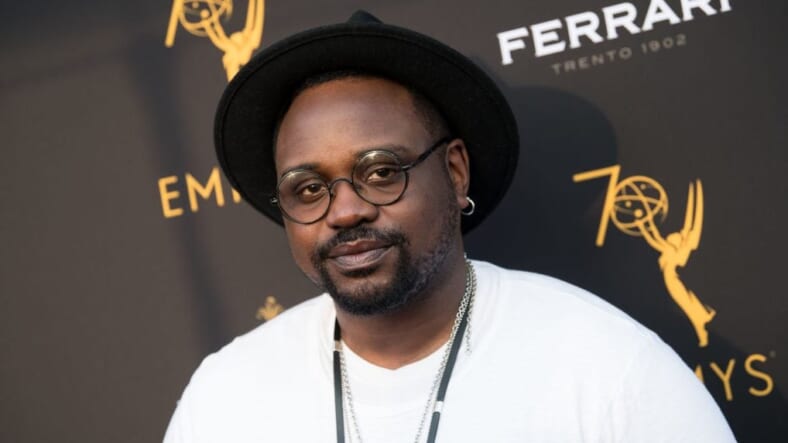 Brian Tyree Henry has already hit it big in Tinseltown with his Emmy-nominated role on FX’s hit series, Atlanta but he’s about to go full-on superstar.

The actor has several big roles in films (including Steve McQueen‘s Widows) that haven’t been released and we have a feeling he’s the one Hollywood will be buzzing about for years to come. During a recent interview with GQ, the North Carolina native opened up about life, loss, and his road to fame.

Here are 5 fascinating facts we learned about our new favorite movie star:

You better get his name right.

Henry spoke about why his father, a veteran who did three tours in Vietnam, chose his name.

“He was a black man born in 1940 in the South, so nobody was inspiring him to do anything…He had me in the ’80s, so he looked up and he’s like, ‘Oh shit, my son could do anything he wants to. He’s still black, though,’” he said. “I think that’s why they named me Brian: the whitest name possible. Which people still misspell, which pisses me off. I used to tell people, ‘If you spell my name with a fucking y, you’re racist.’ ”

“It was hard for me to blend in at Morehouse…You have to have two suits, you have to cut your hair a certain length—and I was like, Fu*k outta here with that! Like, I thought that college was the place where you find out who you are and what you want to be and you bring your individuality to that. I didn’t feel at the time that I could do that there,” he said. “Now, as I look back, I’m like, Oh, I see what they were doing. They’re trying to set you up in this way to handle how society views a black man, not how black men view each other.” A beat. “Also I was 18, and I smoked a lot of weed.”

Henry revealed that before he became an actor, he had his sights set on a career in security like his three older sisters. “Watch the monitors, work for ATF. I mean, I’ve worked for HUD, IRS. All security in D.C. is the same,” he explained. “It’s just a black person with a gun working for a contractor.”

He got his acting chops at Yale.

Brian Tyree Henry took the advice of a friend and auditioned for Yale’s School of Drama. It was there that he befriended playwright, Tarell Alvin McCraney.

“I did every play he ever wrote, man…That was my ally,” he said. Once he graduated from the prestigious school’s drama program, he cut his teeth in theater, working on  Shakespeare in the Park and originating a role in The Book of Mormon on Broadway.

He’s working through some serious grief.

Staying busy with work is one way Brian Tyree Henry is handling his grief and he revealed that his success isn’t as sweet as some might think.

“What kills me is everyone’s like, ‘How do you feel about this Emmy nomination?’ My mother’s dead. Every time I close my eyes, I see my hand on her casket. Every time I close my eyes, I hear my necklace bang on her casket. That’s the last time I saw her. That’s the only thing that gets me out of bed, and it’s sometimes the thing that keeps me in it. So being busy helps, but y’all don’t understand,” he explained. “If she’s not here to see it, I don’t really get a chance to rejoice in it. You know what I mean? I’ve buried a person every year for three years. I lost my best friend to cancer; then I lost my other best friend the next year to lupus. And I lost my mom to a fucking car accident. She wasn’t even sick. She died in the most awful fuc*ing way. So it’s like… I haven’t had a chance to even think about that. But I still have to survive. I like to believe that all these blessings are them. But it would be really nice to look to my left and see my mother sitting there when they call my name. You know? And I’m being real fuc*ing real with you. It’s hard to do this stuff. It’s just like she died yesterday, man. I haven’t even looked at a photograph of my mom since she died. I can’t look at her. And yet people are still celebrating and lauding this thing that I did about my mom. When, at the end of the day, I can’t really rejoice in what I did, because I’m still in pain.”

Check out the full article, here.