Check out the first official trailer for the action-thriller. 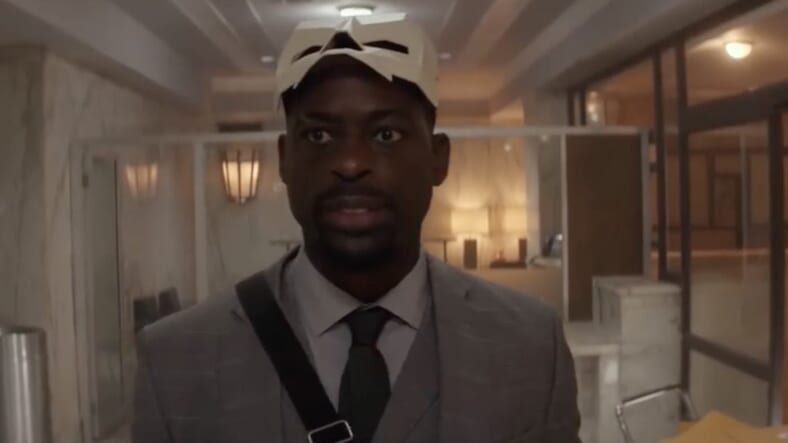 The official trailer for Hotel Artemis is finally here and we can’t wait to see Sterling K. Brown starring in this action-packed thriller from Global Road Entertainment.

The project will mark the directorial debut of Drew Pearce, who also wrote the script and is produced by Emmy-winner, Marc Platt, Adam Siegel, along with Stephen Cornwell and Simon Cornwell.

Hotel Artemis is set in Los Angeles in 2028 and follows a nurse (Foster) who runs a members-only style, underground hospital for Los Angeles’ most sinister criminals, and finds out that one of her patients is there to kill one of the other patients. Fans will get to see Sterling K. brown in an unusually sinister role and we’re guessing he’s ready to break some of the hospital rules that include everything from “don’t kill anyone” to “no outside food or drink allowed.”

The plot revolves around an armed robbery that goes wrong for Sterling K. Brown’s character, Waikiki and Bryan Tyree Henry’s character, Honolulu, the latter of whom is injured and needs attention at the hotel, where strictly enforced rules even among the criminal set has kept it a going concern for years (tough guy Bautista is a “health care professional,” so you get the idea). Waikiki’s valuable prize from the heist though eventually draws the biggest bad guy to the Artemis to get it back.

Hotel Artemis hits theaters June 8. Will you be checking out this creepy-looking flick?