Kandi elaborated on the axed WeTv series without naming names. 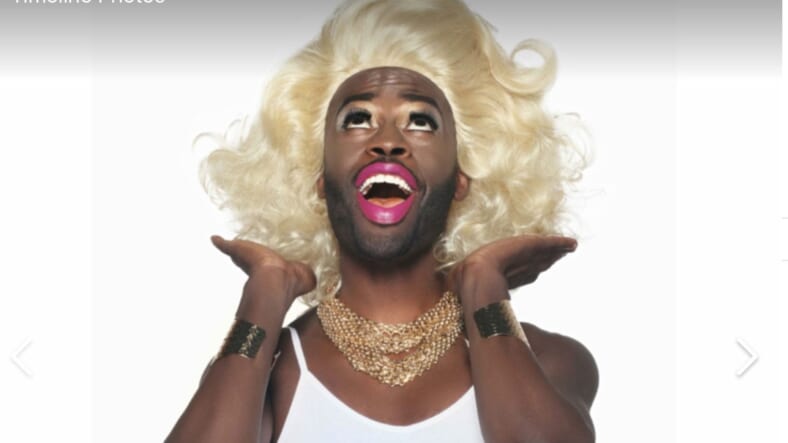 A few months back, reports surfaced that Kandi Burrus and Todd Tucker were developing a reality show for WeTV that would star Marlo Hampton and Funky Dineva. Now, Kandi has revealed that while WeTV green-lit the show, (tentatively titled Hautelanta) it has been scrapped due to difficult cast members.

“We actually did have a show that I was producing and the show ended up being dropped right when we were about to get started filming. I don’t want to put the blame on anyone but basically, the talent was being a little difficult. They weren’t getting things done by the deadline, basically. The network got fed up and moved on,” she said during an interview on Jenny McCarthy‘s Sirius XM radio show.

TOO MUCH? Kandi Burruss buys Porsche for daughter’s 16th birthday

“It really sucked because this is something we had worked on for a couple of years. I had not even told anybody. It was in development for a while. So, to be able to keep that a secret for so long and they finally greenlight it and I’m super excited because they’re getting ready to drop the press release and I… The funny thing is, people didn’t really know Marlo and I to be great friends or anything like that. It’s not like we were great friends, it’s just the fact that I thought she was cool and it was during the 1 or 2 years after her and Nene fell out, she wasn’t really on Housewives. So, she came to Todd and I and was like, ‘I really wanna do TV again’ and so at that point, we started trying to develop something. We pitched it to a couple of networks. Somebody was interested and we went ahead and developed it.”

While Kandi Burruss didn’t name names of the culprits, Funky Dineva slammed Marlo Hampton for getting the show axed and threw some shade at RHOA star, Cynthia Bailey as well.

“She f*cked up our show that we had on WeTV! So, now she got to be over there with the Housewives and Kenya ain’t there no more and ain’t too many people f*ck with her. She had to make sure she had people she could film with other than Nene and Cynthia — because you know Nene drop and pick her up like a hot potato and Cynthia go either way depending on the weather and what time it is.”