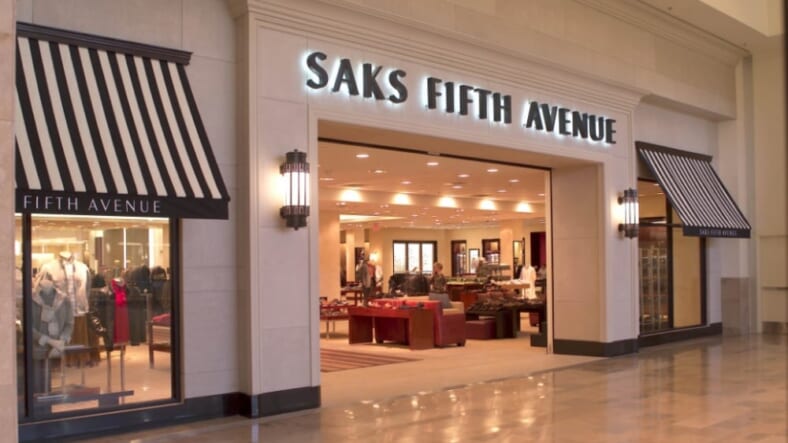 Saks Fifth Avenue is being sued for using discriminatory practices against Black senior citizens and Hispanic women who worked for the company by keeping them hidden from their clientele shopping in the upscale store’s busiest areas, the lawsuit claims.

According to the NY Daily News, the lawsuit filed Tuesday claims the store deployed a number of racist and discriminatory practices that also denied the women opportunities for advancement within the ranks of the company because of a “glass ceiling” that kept them from reaching the management ranks.

The former employees also claim that, while working, they were placed in areas with “limited customer traffic and far from the department’s front entrance” which was the store’s busiest thoroughfare, the lawsuit said.

“Although they were each committed to maintaining SAKS’ reputation as a luxury retailer by providing stellar customer service, their respective managers deliberately targeted them because of their race and/or age,” said the suit, filed in state Supreme Court in Bronx County.

Derek Sells, the workers’ attorney said that Saks treated white workers better than Black and Hispanic workers and older workers were victimized too.

According to Sells, the plaintiffs — Thomas Bisky, 68, Kenneth Taylor, 55, Nixson McCray, 57, William Charles Blocker, 60, Roger Dietch, 70, Pablo Orosco, 54, and Derick Longley and Carlos Batista — were among those placed in less trafficked areas of the store, making if difficult for them to meet their sales quotas.

One employee, Derick Longley, caught the eye of the famed Salvatore Ferragamo which sought to make him their brand ambassador, But Lingley claimed once Saks caught wind of the proposal, they fired him.

“Saks fired him just like that. No promotion, you’re fired,” Sells said. “He was making all his numbers, he was doing everything that the store expected of him, but when it came time to be promoted, he hit the glass ceiling.”

Sells is calling for a Black Friday boycott of the  company, which is run by parent group Hudson’s Bay Company .

“While we do not comment on pending litigation, we take these allegations seriously as we are committed to diversity and inclusion across our organization.”