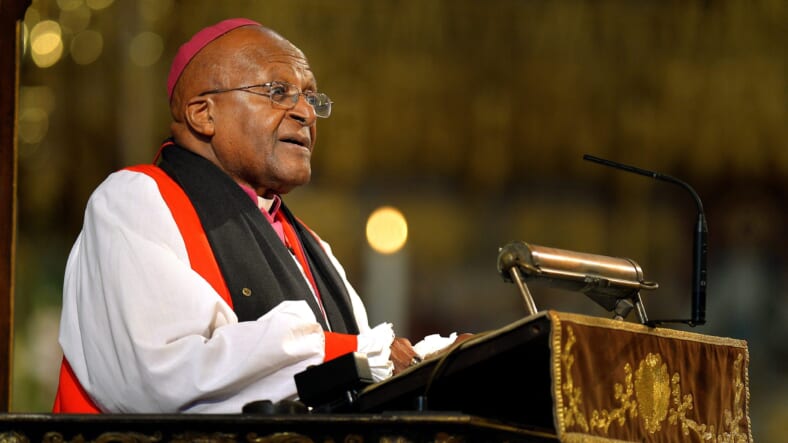 JOHANNESBURG (AP) — A group of young Americans who campaigned against gun violence after surviving a deadly shooting at their Florida school have received a prize from former South African archbishop Desmond Tutu.

Tutu said in a statement Tuesday that the students showed that “children can move the world” and he compared the U.S. movement for gun control that they started to other big peace movements.

The Nobel laureate, who is 87 and has health problems, attended the ceremony in Cape Town, South Africa for the International Children’s Peace Prize, an initiative of the Netherlands-based KidsRights Foundation.

The prize went to David Hogg, Emma Gonzalez, Jaclyn Corin and Matt Deitsch, who were students at Marjory Stoneman Douglas High School when 17 people were killed there on Valentine’s Day. A former student was arrested.