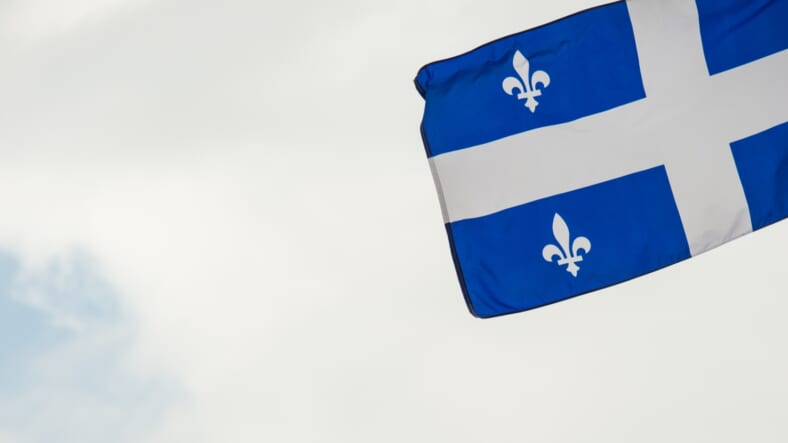 The Quebec flag flies in front of the Olympic Stadium's tower prior to the 2015 FIFA Women's World Cup Group E match between Costa Rica and Spain at Olympic Stadium on June 9, 2015. (Photo by Minas Panagiotakis/Getty Images)

Quebec’s Human Rights Commission has ordered a steakhouse in downtown Montreal to pay over $14,000 in damages to a former hostess in the aftermath of a racial discrimination case.

According to the Montreal Gazette, Madison’s New York Grill & Bar sent hostess Lettia McNickle, home for wearing cornrows. Her mother, a hairdresser, had braided McNickle’s hair herself. The restaurant’s dress code does not forbid braids and McNickle’s family pursued a racial discrimination suit.

McNickle said that her hair was not the only issue that the owner, Roulla Kyriacou, had with her. She said that faced other weird rules, including that she couldn’t wear pants, while others in the same role were allowed to do so.

“I was wearing pants, going with the dress code but (Kyriacou) still insisted that I wear skirts, above the knee,” McNickle said. “I did just that but then I realized that other girls were wearing pants. So then I complained, ‘Other girls are wearing pants and I’m wearing a skirt. Why is that?’”

McNickle said Kyriacou also publicly berated her over her hairstyle, and her hours were eventually cut until she was fired in 2015 after working there for a year. The restaurant entered mediation with McNickle but backed out, which prompted the civil rights case, which was handled by Quebec’s Centre for Research Action on Race Relations.

McNickle was one of just two Black employees at the restaurant. She has since moved to Toronto and is training to become a flight attendant. But she is grateful that her voice was heard and will not be defined by her hair.

“I feel proud and I just want to let all other black females know that, if something is going on, know you have rights,” McNickle said. “In your workplace, in your school, you have rights — whether it’s your hair or your skin colour.”