Diddy threw the bash a week early on Porter's birthday. 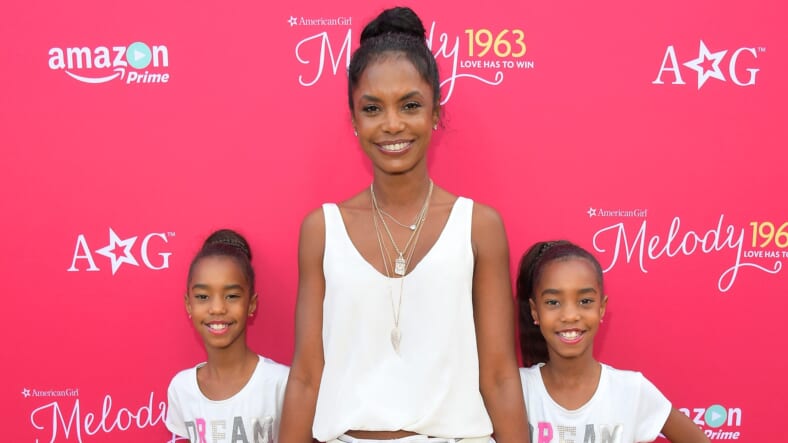 This is a tough time of year for Diddy and his family who are still grieving the unexpected loss of Kim Porter.

Over the weekend, loved ones gathered to honor her memory on her birthday on December 15 (dubbed Kim Porter Day) and celebrated her twin daughters’; 12th birthday a week early. Diddy organized a star-studded roller skating party at World on Wheels in Los Angeles and seemed to shower D’Lila Star and Jessie James with love on their big day.

Kim Kardashian West, Jay-Z, and Big Boy were a few of the celebrities who joined the festivities that included a 5-tier hot pink birthday cake. Christian Combs and Quincy Brown were also on deck to help their sisters celebrate their birthdays for the first time without their mother.

Diddy shared some sweet snapshots from the event on social media while paying tribute to his late former love, Kim Porter.

“Happy birthday @ladykp #kimporter#kimporterday. WE feel your beautiful smile. THANK YOU ?,” he posted.

Kimora Lee Simmons pens heartfelt tribute to Kim Porter: “We will never stop crying for you”

Porter’s sons paid tribute to their mom for her birthday on social media.

HAPPY BIRTHDAY MOMMY❤️❤️ I LOVE you so much MISS you soo much!! And Wish you was here for me to give you a Big Hug And kiss! ?❤️

Porter’s son, Quincy Brown, who stars on FOX’s STAR, shared photos of his sisters and his mother.

“I’m celebrating you everyday & we’re honoring you for eternity. I miss you and love you more than anyone can imagine. Happy Birthday Mommy. ♥️ ♐️ #KimPorterDay ✨,” he posted.

I’m celebrating you everyday & we’re honoring you for eternity. I miss you and love you more than anyone can imagine. Happy Birthday Mommy. ♥️ ♐️ #KimPorterDay ✨

The former model and actress who shared three children with Sean ‘Diddy’ Combs was confirmed dead by her rep on November 15. “Sadly, I can confirm the passing of Kim Porter. I ask that you give the families privacy at this time,” the rep told PageSix.