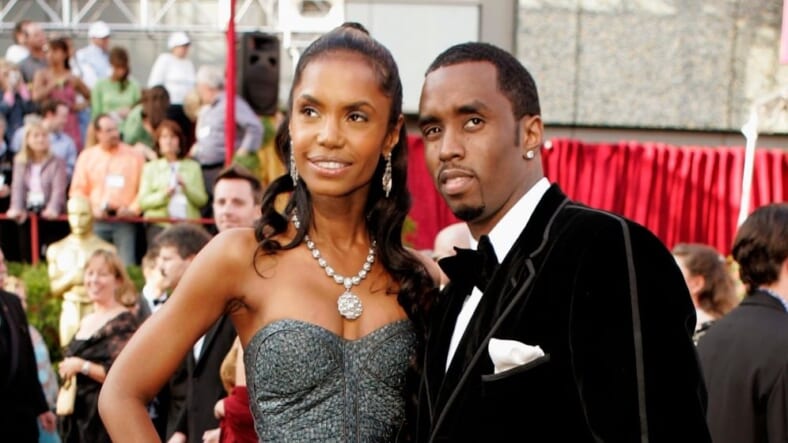 After it was reported that Sean “Diddy” Combs would be too distraught to speak at his ex Kim Porter’s homegoing services, the music mogul delivered an emotional and heartfelt speech honoring his special friend.

“I can’t put our relationship into a certain box. She always told me she felt like God sent her here to help me out,” Combs said, according to audio obtained by TMZ. “I didn’t really understand how to love . . . and she just really started breaking down the exterior of any shell that I’d put up.”

Combs paused to gather himself as he remembered Porter, whom he shares three children with.

“From the top of the year, I was going through a real dark time. I was really depressed . . . and she would just come over like, ‘Come on, Puff, you gotta get up, you gotta get off the bed,’” he recalled.

“As time went on, our relationship took so many different changes, from being boyfriend and girlfriend and being lovers to being best friends to being just straight homies like, somebody that you know you can count on. Somebody that has your back, you have their back.”

Porter, a model, actress, and mother, was laid to rest at an emotional funeral in Columbus, Georgia on Nov. 24.

Family and friends came together at Cascades Hills Church. TMZ reported that 1,200 to 1,500 mourners were expected to attend the service. Stars including Kimora Lee Simmons, Winnie Harlow, and actress Tichina Arnold were spotted arriving at the homegoing service.

TMZ further reports that Diddy spoke along with many others such as her son Quincy, Dallas Austin, and Mary J. Blige. Yolanda Adams performed “Just a Prayer Away” and Faith Evans sang “His Eye is on the Sparrow”.

PEOPLE reports that Combs arranged for Porter’s casket to travel in a carriage pulled by horses during the public funeral. Pastor T.D. Jakes officiated the service. TMZ obtained a photo from inside the funeral showing Porter’s golden casket’s topped with a bouquet of beautiful flowers, along with a black and white photo of her.

Combs took to Twitter before the memorial service to thank fans for their outpouring of love and support.

“Today we lay to rest our ANGEL,” he wrote. “Her spirit lives on with us FOREVER!!! We thank you all for your prayers and support. You have no idea how much it means to us. We thank GOD for all of you.”