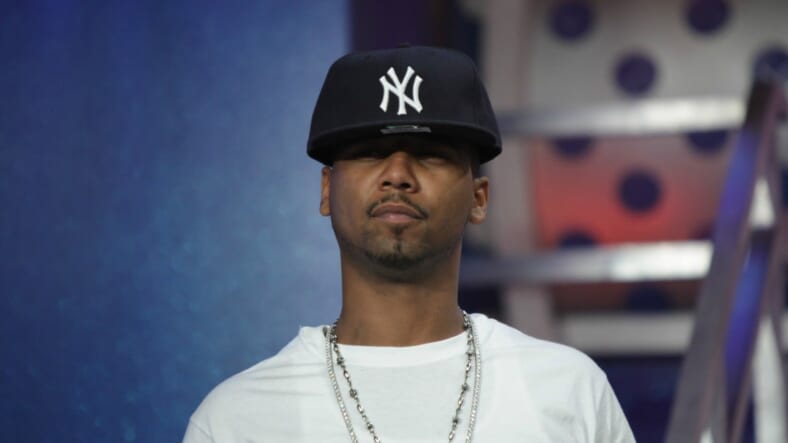 Rapper Juelz Santana has been sentenced to two years in prison for having a loaded handgun and non-prescription oxycodone pills in his carry-on bag as he went through security at Newark Aiport, TMZ reports.

READ MORE: Study shows Black women are the most abused group on Twitter, but you may be surprised WHO is abusing them

On Wednesday, the Dipset M.C., and Love & Hip Hop New York reality star, whose real name is LaRon James was sentenced to 27 months.

On March 9, Santana was at New Jersey’s Newark Liberty International Airport when security uncovered a loaded .38-caliber handgun and non-prescription oxycodone pills in his carry-on bag.

Santana tried to get away and left the area but ultimately turned himself in three days later.

After Santana serves his time, he’ll be under supervision for an additional 12 months.

Seems that Santana is trying to tie up all loose ends. Last month, he proposed to his longtime girlfriend Kimbella Vanderhee. The two had been dating on-and-off for nearly a decade and fans were just as thrilled as she was when he finally popped the question while performing at the Apollo Theater on Friday (Nov. 23).

READ MORE:  And the award goes to… Welcome to the 2018 Petty Awards

After nine years together and two children, Vanderhee has dealt with everything from infidelity to drugs addiction. She and the rapper will spill even more tea about their personal lives and issues on LHHNY, including a therapy session where Santana admits to “dabbling” in prescription pills and opens up about transitioning to “being clean and sober.”

“I had been drinking like a cough syrup, we call it ’lean.’ The hip-hop industry I was in just made it a cool thing and I had a lot of teeth problems,” he shares. “I was prescribed percocets from the doctor and I kinda’ started abusing that.”