And the award goes to… Welcome to the 2018 Petty Awards

Look, petty makes the world go ‘round. It’s the fuel that keeps Black Twitter churning, it’s the reason you’ll never forget what Kermit the Frog drinking tea looks like, and it’s often just what you need to get you through a work day without punching everyone in the throat. Petty is the renewable resource we all need to keep us going.

That’s why we at theGrio are debuting the 2018 Petty Awards! It’s time to reward the people who keep us entertained at the expense of others. If you’re waiting for a scientific breakdown of how we came up our award winners…well, keep waiting.

Pettiest (Yet Juiciest) Feud: Nicki Minaj and Cardi B 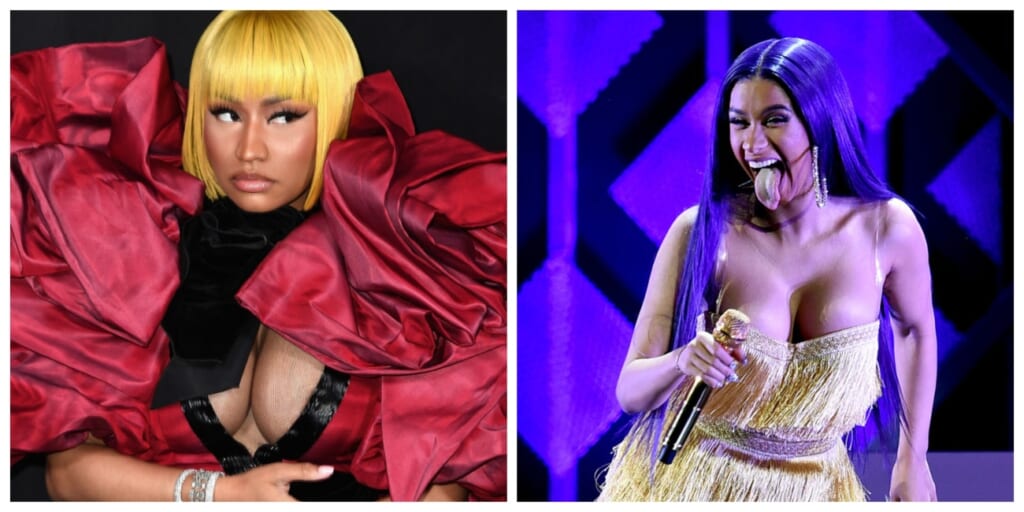 There’s something inherently petty about two wildly successful Black women fulfilling society’s expectations by beefing with each other for no respectable reason. In this feud, however, Nicki wins the edge in petty  for engaging in any type of public tiff with someone a full-ass decade younger than her. Think of all the dough they could make by burying the hatchet and making a “Lady Marmalade”-type record that dominates the airwaves.

Lanez threw down with Joyner Lucas in one of the less-exciting rap battles in a year full of them, only to deem himself winner on-stage at a concert, which is not what rap battle winners need to do. Now, Lanez found himself in a Twitter tiff with rapper Royce 5’9,” who can outrap him while in a coma.

Ain’t nobody scared of rolls 57 lyrically . I deleted my comment cuz I’m not gone keep acting like my nigga Joyner didn’t do his thing . the old nigga kinda had a point .. what i said came off like some hating shit . People are aloud to think anybody won … simple ??‍♂️

Royce is a Detroit n—a who most likely has those hands. Keeping it real might go horribly wrong for Lanez here:

My nigga … If you tryna get yo mufhkin ass beat, you doing everything right… I’m giving you the benefit of the doubt because you Canadian. Now go play somewhere before I get upset..

CHARLOTTE, NC – OCTOBER 07: Eric Reid #25 of the Carolina Panthers warms up during their game against the New York Giants at Bank of America Stadium on October 7, 2018 in Charlotte, North Carolina. (Photo by Grant Halverson/Getty Images)

At this point, the NFL is not even making an effort to deprive itself of its reputation as a consortium of racist, classless assflakes. The league has been engaged in a morass of bad press and boycotts ever since Colin Kaepernick started protesting the National Anthem in 2016. Yet it’s seemingly learned nothing, as evidence by the continued harassment of Kaepernick supporter Eric Reid, who just got his seventh “random” drug screening.

Hell, they’re even having trouble booking halftime acts for the upcoming Super Bowl. Throw the whole league away.

LAS VEGAS, NV – NOVEMBER 17: Jacquees speaks during the Post Show for the 2018 Soul Train Awards, presented by BET, at the Orleans Arena on November 17, 2018 in Las Vegas, Nevada. (Photo by Leon Bennett/Getty Images for BET)

I’ll give it to Jacquees: No one knew who he was before he came out of his neck to proclaim himself the king of R&B. Doing so created a watershed moment that he drew the ire of many, including actual famous R&B artists who gleefully reminded him that he was out of his damn mind. Is he anywhere within spitting distance of the R&B kings…? God, no. But I’ll bet the whole affair boosted his streaming numbers exponentially. He should pat himself on the back now that way more people know what a “Jaquees” is than they did a month ago.

WASHINGTON, DC – MAY 30: Rudy Giuliani, former New York City mayor and current lawyer for U.S. President Donald Trump, speaks to members of the media during a White House Sports and Fitness Day at the South Lawn of the White House May 30, 2018 in Washington, DC. President Trump hosted the event to encourage children to participate in sports and make youth sports more accessible to economically disadvantaged students. (Photo by Alex Wong/Getty Images)

Lying to the public is one thing. Lying when everyone and their baby’s mama knows you’re lying to people is another thing. As Trump’s personal lawyer, Rudy Giuliani has gotten on national television and fixed his grody bottom row of teeth to obfuscate the Orange Devil’s actions and agendas on several occasions. Most recently, Giuliani all but admitted that your president lied when interviewed during Robert Mueller’s Russia investigation in the process bashing former fixer Michael Cohen. Smeagol demonstrated petty (and dangerous) behavior toward Black and brown folks as mayor of New York City, so nothing about his current behavior should surprise anyone.

Curtis Jackson is arguably the pettiest person on this entire list, with a documented track record of being absolutely f—ing ridiculous on social media, even to people with whom he’s supposedly cool. But he took the petty entirely too far by coming at his oldest son Marquise on more than one occasion. When an Instagram follower called him out for only praising one of his children on Instagram, Fif wrote, “I only have 1 son, I was mentoring the other little guy.” Sheesh…dude is two degrees away from doing like his Power alter ego Kanan and just offing Marquise. 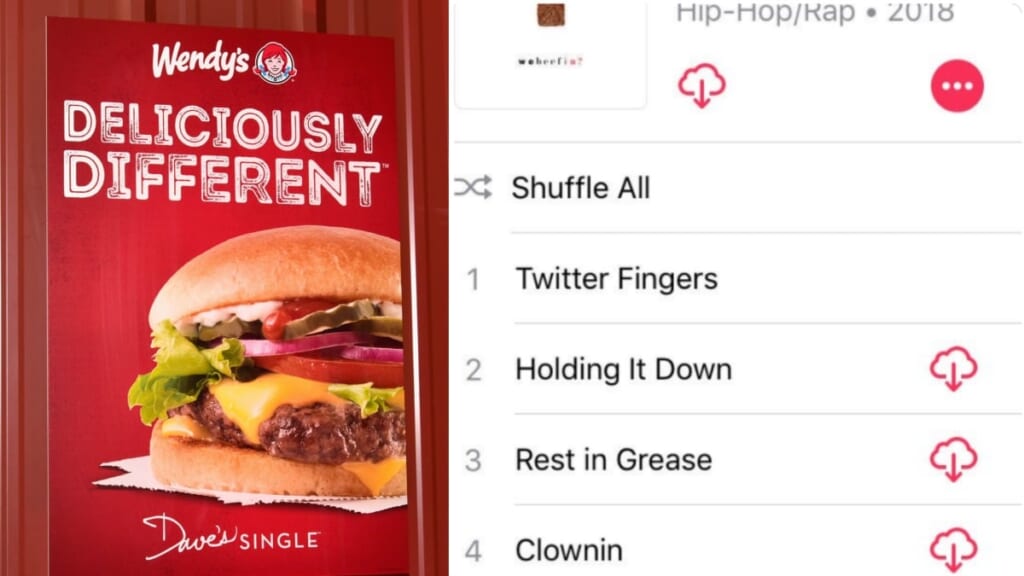 It’s exceedingly tough to be funny and witty when running a corporate Twitter feed. However, Wendy’s does it masterfully…often targeting its largest direct competitor, McDonald’s. They opened the petty floodgates in 2017 and kept it going this year. Because when you come for one of the biggest, most successful global chains, no one really loses. And let’s not forget that mixtape heat Wendy’s dropped earlier this year.

Hey @McDonalds, heard the news. Happy #NationalFrozenFoodDay to you for all the frozen beef that’s sticking around in your cheeseburgers.

Banks has spent years writing social media checks her music catalog can’t cash. But she had some particularly absurd moments in 2018, chief among them her guest stint on Nick Cannon’s Wild ’N Out, a show dedicated to trash talking, where she whined when trash was talked about her. It’s like me sitting down at Ruth’s Chris and complaining about the fact that they serve steak. I can tell you so much about Banks’ antics, but I can’t tell you the last time she put out music that mattered to anyone.

It’s a damn shame a Black woman judge has to be a primary antagonist in movement to reform the criminal justice system considering there aren’t many of them. But Hon. Genece Brinkley has become Public Enemy No. 1 in everything involving Meek Mill, and for good reason: it seems that her remaining with Meek’s case benefits nothing except her continued public exposure. A man’s livelihood is at stake – no need for her to be difficult for difficulty’s sake. 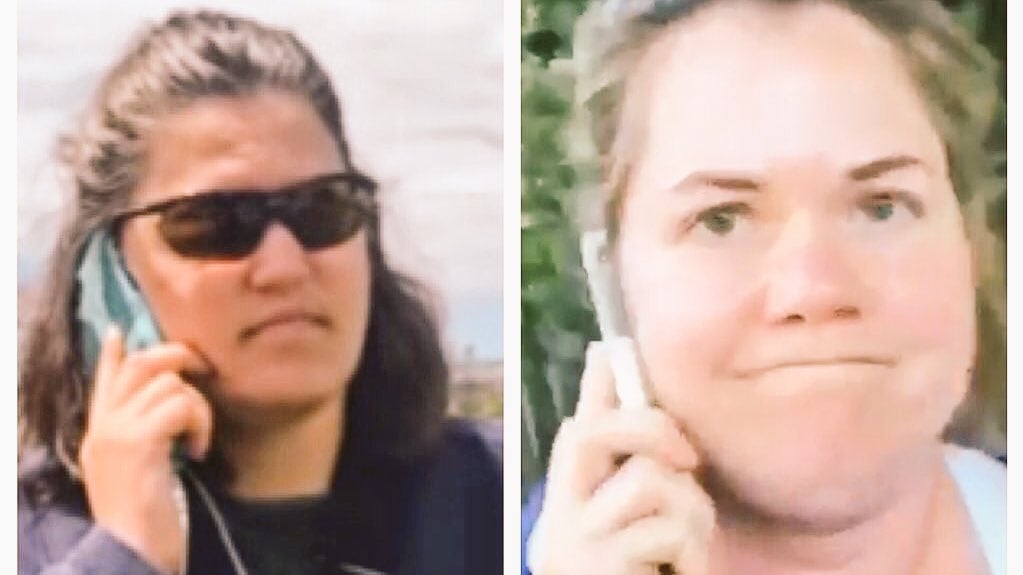 If it isn’t Tomi Lahren and Kellyanne Conway flapping their ski bunny gums on television or the myriad white women who weaponized their goddamn cell phones to terrify Black folks minding their business, white women had a banner year doing what white women do…white-woman-ing. When in doubt, always beware Emma.